If Nokia’s financial earnings are an accurate indication, Microsoft may take ownership of a much stronger Nokia Devices and Services division than was originally anticipated by mobile industry watchers.

That’s because according to Nokia’s Interim Report for the third quarter of this fiscal year, sales of its Nokia Lumia Windows Phones reached an all-time high of 8.8 million units for the quarter. While that’s a big jump when compared to the 7.4 million devices the company sold last quarter it’s a huge boost when compared to the Lumia line’s performance over the same time last year. In Quarter 3 2012 Nokia sold just 2.9 million devices.

That’s great news for Nokia, especially considering that 1.4 million of that 8.8 million number is actually the result of more sales in the United States. Historically, the company’s smartphones haven’t sold well at all in America. While China is the world’s largest smartphone market overall, it’s the American market that smartphone manufacturers covet the most due to its higher margins and upgrade pacing. 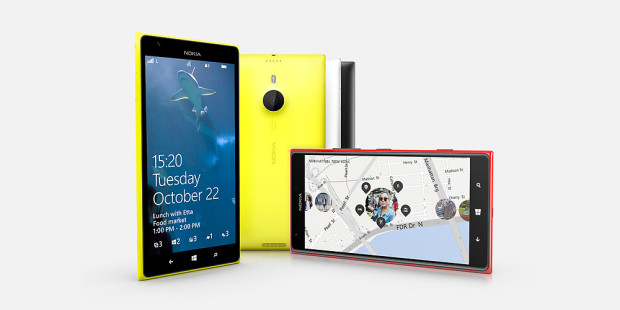 Of course, we’ll have to wait until next quarter to see if Nokia can maintain that momentum even as it prepares to sell its entire Devices and Services division to Microsoft for 3.79 billion euros. While the deal includes the company’s entire tablet and phone manufacturing arm, it only includes rights to use the Nokia branding for a limited time.

This means that Microsoft will need to transition away from the Nokia name at some point. Should consumers began responding negatively to news of the buyout, it could indicate that Microsoft is in for a tough transition as it blends Nokia’s hardware operations into its other businesses.

Sales of Nokia’s devices are already a pretty decent barometer of Windows Phone sales overall. It’s estimated that Nokia now controls over 90% of the Windows Phone market. That number has risen steadily, even in the face of new devices from Huawei, Fujitsu and Samsung.

It’s unlikely that Nokia’s dominance of Windows Phone will alter before Microsoft completes its buyout of Nokia Devices and Services next year. The company recently announced the Lumia 1520 phablet, the only Windows Phone with a 6-inch display and quad-core processor that can rival Samsung’s Galaxy Note 3. That device is set to arrive in the United States on AT&T sometime before the end of the year.