Nokia is preparing to offer users a free subscription to Netflix with the purchase of a Lumia 1020.

At least that’s according to sources who spoke with the Financial Times earlier today. Allegedly, users who purchase the Nokia Lumia 120 during this holiday season will receive a free year of Netflix’s on-demand streaming service. It’s the publication’s assertion that only users who purchase their devices from Vodafone will get the promotional offer.

While Nokia hasn’t formally announced the deal just yet, if the deal to came to fruition it would mirror the offer Google extended to users when it debuted its Chromecast television dongle. In that case offering free Netflix streaming worked, Chromecast sold out almost immediately following its announcement. Google eventually pulled the promotion mere hours after initially announcing it because of high demand.

Whether the move could workout for Nokia remains unclear. Although the Nokia Lumia 1020 boasts one of the smartphone industry’s best rear-facing cameras, the device’s premium price tag seems to have dampened sales initially. It’s the Time’s assertion that both Nokia and Netflix will split the costs involved in offering the promotion to users. Recently Netflix has attempted to grow its streaming market share in the United Kingdom, so the deal could act as a way of increasing the service’s profile in that country specifically. 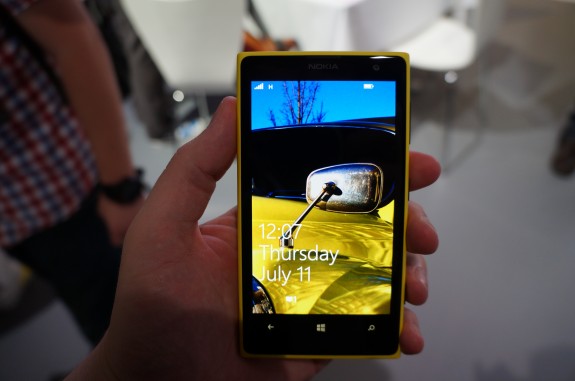 Some Nokia Lumia 1020 buyers could get a free year of Netflix with their purchase soon.

Whether this deal would expand to other countries at some point in the future remains unclear.

The Nokia Lumia 1020 is an impressive device. Although its Windows Phone operating system lacks some of the power-user features of Android and iOS, the device’s rear-facing camera often captured better photographs than many entry-level point-and-shoot cameras. In GottaBeMobile’s experience the device managed to bridge the gap between high-end smartphone cameras and DSLR cameras well.