Microsoft VP of Windows Phone development Joe Belfiore is defending his company’s $7.2 billion acquisition of smartphone-maker Nokia in a bid to become a bigger player in the growing mobile market. The acquisition would make Microsoft the third largest maker of phones in the world, but it would also place Microsoft in a difficult position of supporting partners like HTC, Samsung, Huawei, LG, and others while at the same time competing directly with these vendors. Though the largest Windows Phone OEMs–Samsung, being number two behind Nokia, and HTC–have been muted in their response to Microsoft’s announcement earlier this week, Belfiore’s recent interview opens up questions on how good the deal is to innovation within the Windows Phone ecosystem as a whole.

Belfiore says that with Nokia under its belt, there will be no walls, no secrecy between software and hardware, and the move will benefit consumers in that devices can come to market sooner and quicker. Sounds ideal, doesn’t it? I think this is true in the short term, but the long term implications of Microsoft’s acquisition is yet to be seen and in the long run, the effects may be the opposite of this Windows Phone utopia that Belfiore talks of. 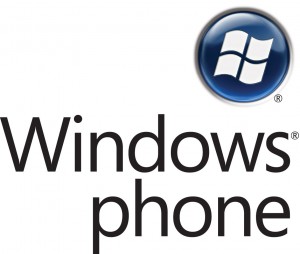 “There are real-world examples of situations where Nokia was building a phone and keeping information about it secret from us,” Belfiore told CNET in an interview. “We would make changes in the software, or prioritize things in the software, unaware of the work that they’re doing. And then late in the cycle we’d find out and say, ‘If we had known that we would have done this other thing differently and it would have turned out better!'”

This is great news for Microsoft that it had acquired Nokia, but what about Samsung, HTC, and Huawei? If they wanted to invent something novel for Windows Phone, it would now have to worry if Microsoft’s Nokia team will be copying its ideas.

To be fair, though, Nokia has so far been the only OEM to require massive changes to Windows Phone code to support its features, like the always-on clock on the display, tapping the screen twice to wake up the phone rather than pressing the power button, and the 41-megapixel camera on the Lumia 1020. Samsung and others have largely stayed to the standard Windows Phone code.

But the situation becomes more complex as Windows Phone tries to grow its market appeal. Samsung had recently introduced its Galaxy Gear smartwatch, a companion to Android phones like the Galaxy Note 3 and tablets like the Galaxy Note 10.1. What if Samsung wanted to create an ATIV Gear for its ATIV-branded Windows Phone devices? That would certainly require tweaking of the OS code, and I doubt Samsung would be so forthcoming with revealing its plans to Microsoft, especially now that it knows it will be competing with an in-house, Microsoft-owned Nokia. Unlike on Android where Samsung can fork and re-tool the OS itself, Microsoft exerts stricter control over Windows Phone’s code, so any sort of innovation, tweak, or change would require Microsoft’s attention.

Innovations–whether successful or not–like the Galaxy Gear smartwatch may be lost on the Windows as hardware manufacturers may have to worry about the competition, Microsoft, borrowing, stealing, or learning about their inventions ahead of release, which would give Microsoft an unfair advantage.

One might argue that Microsoft’s buyout of Nokia’s phone and services division and the licensing of patents is similar to Google’s deal with Motorola Mobility, but in reality the two are completely different.

With Google’s acquisition of Motorola Mobility, Google had set up a Chinese wall between Android and Motorola so that Motorola wouldn’t be given any unfair advantage over partners like Samsung, LG, HTC, and others. Motorola would have to compete and no preferential treatment was given. Microsoft, on the other hand, is bringing Nokia internally and there will be a lot of commingling between hardware and software. I can’t imagine Samsung creating a smart camera based on Windows Phone if it has to worry about Microsoft alerting Nokia that its rival is working on such an idea.

With Nokia, Microsoft may be left to its own resources to innovate in the Windows Phone space.