Rumors of the Nokia Lumia EOS smartphone, which was rumored to have been debuted earlier this year at the Mobile World Congress, are starting to pick up again and this time Nokia is rumored to be considering one of the most advanced processors announced in 2013. According to the latest rumors, Nokia is deciding between using a dual-core processor on its next-generation flagship Windows Phone 8 device, or a new quad-core CPU made by Qualcomm in the form of the Snapdragon 800. 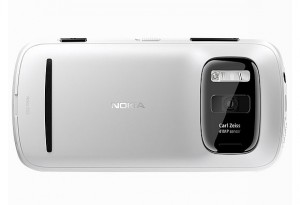 The rumored GDR3 software update for Windows Phone should allow for quad-core processor support, and it’s anticipated that Nokia would release the new Lumia EOS hardware alongside Microsoft’s software debut by the end of the year.

Given that Qualcomm announced that the Snapdragon 800 would have ‘always on voice‘ capabilities so you can quickly do a voice search without having to touch the phone or press a button to activate the voice search capabilities, it’s unclear if Nokia will implement that feature with Microsoft’s mobile OS. Microsoft, an early voice pioneer with its Pocket PC Voice Command app, integrates Bing voice search onto Windows Phone handsets, which can be activated if a user press and hold the Windows, or home, button. Still, Microsoft has lagged behind competitors Apple and Google as Siri and Google Now offers more predictive features based on usage.

A quad-core CPU would allow Windows Phone and the rumored Lumia EOS to keep pace, at least on paper, against strong hardware challengers from the Android camp, including the popular Galaxy Note 2 and the Galaxy S4 releases from Samsung.

It’s rumored that Nokia will switch to the same AMOLED display that’s now rumored for the Verizon-bound Lumia 928 with the Lumia EOS, a flagship that’s said to be an AT&T exclusive for now.

According to My Nokia Blog, the EOS will have the strengths of the Nokia 808, including a large 41-megapixel PureView camera sensor with optical image stabilization, LED and Xenon flash, variable aperture control, the same 2000 mAh battery of the Lumia 920, and an enhanced camera UI. It’s unclear if the video capture mode on the Lumia EOS will allow for 2K or 4K video recording, the latter is also known as Ultra HD.