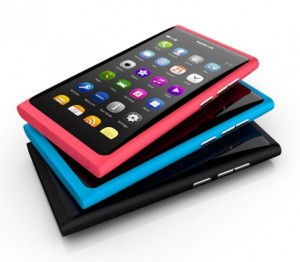 Following Nokia USA‘s and Nokia UK‘s decisions to not launch the MeeGo-powered Nokia N9 smartphone in their respective U.S. and UK territories, it looks like the love child of Nokia and Intel through the MeeGo partnership will also not be launching in Germany.

Once considered the solution for Nokia’s turnaround strategy after stagnant Symbian sales in the face of touchscreen devices like iPhone and Android smartphones, Nokia had abandoned the MeeGo platform, relegating it to experimental status, when it inked a deal with Microsoft this past February to utilize Windows Phone 7 as its leading smartphone platform in its portfolio.

The Nokia N9’s build and overall design is very similar to the Windows Phone 7 Sea Ray hardware, which we’ve seen leaked a number of times in the past. Given the similarities between the two, and Nokia’s more concentrated focus on Windows Phone 7, the company’s decision to not launch the N9 may make sense. However, given that the N9, and the developer-only Nokia N950, are the only MeeGo devices in Nokia’s platform, MeeGo may not be able gain traction without wider support from the company.

It’s unclear how many other Nokia divisions will not be offering or supporting the Nokia N9 and MeeGo in their countries.