If you live in the United States and you’ve been waiting to get your hands on a Nokia N9 and its MeeGo software, you now have that chance. The device has shown up at Amazon.com, the USA version, with a price of $650. Obviously, that’s probably going to be too expensive for most of you, especially when Nokia is bringing Windows Phones here to the US, but hey, at least the option is there.

And if you’re a member of Amazon Prime, you can pay $3.99 and have it on your doorstep tomorrow.

Before you take the plunge and buy an N9 though, you’ll want to consider a few things. 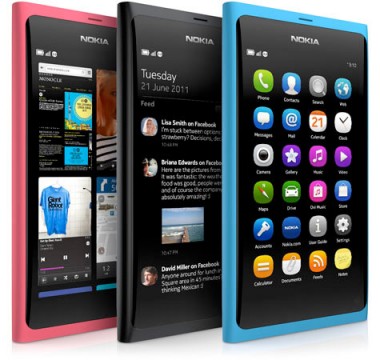 One, MeeGo is dead.

Two, we recently reviewed the Nokia Lumia 800, Nokia’s flagship Windows Phone Mango smartphone and loved it. And yes, it will be arriving in the U.S. at some point as well.

However, if you’re in need of an unlocked smartphone and there is just no stopping you, you can find Nokia’s N9  for sale right here.