After the release of the Nokia Belle software update for Nokia’s Symbian^3 smartphone, Nokia is ready to deploy a second software update to its newer Symbian devices dubbed Nokia Belle Feature Pack 1. And despite being lumped under the Belle release–rather than get a full name change to the next Nokia OS called Nokia Carla–Feature Pack 1 will bring with it some noteworthy changes to Nokia handsets.

Unfortunately, though, it appears that Feature Pack 1 is limited only to newer handsets, like the Nokia 700, Nokia 701, and Nokia 603. Older devices like the Nokia E7, the Nokia E6, and the Nokia N8 appear to be left behind and will have to make due with the recently released Nokia Belle OS. 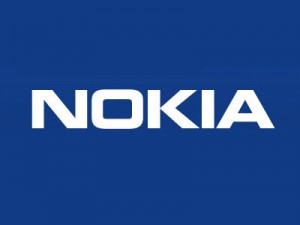 According to the smartphone-maker, Feature Pack 1 will give these older phones an increase in processor clock speed, making these recently released Symbian smartphones 30 percent faster. FP1 will bump the CPU speed from 1 GHz to 1.3 GHz. It’s unclear if battery life will be affected by the faster CPU speeds, or if Nokia has made adjustments to the OS to make it even more battery efficient. Typically, Symbian handsets have been more battery efficient than rivals such as iOS and Android.

Additionally, Belle Feature Pack 1 will bring an enhanced audio experience thanks to Dolby audio being enabled through the software. Nokia will also be making changes to the home screen widgets.

On the software side, a faster HTML 5 browser is included in the mix along with Microsoft’s new apps for Symbian. While Belle brought Android and TouchWiz-styled notification bar bar to the mix, Belle Feature Pack 1 will be enhancing the aesthetics of the notification and multitasking bar.

The update is slated to roll out over the next few months.

The first Symbian phone to ship with Belle Feature Pack 1 out of the gate will be the Nokia 808 PureView, a camera phone with a 41-megapixel camera aimed at mobile photographers.