The Samsung Galaxy Gear’s hardware specifications might have seemed ambitious at the time of its début, but new patent applications filed by Nokia indicate that the company is considering smartwatch designs that are even more ambitious than Samsung’s.

The patent application, which was filed with the United States Patent and Trade Office on August 2013, includes illustrations and information describing a smartwatch with more than one screen. Users would be able to attach multiple displays to different positions around the wrist band. Each display would then surface different information to its wearer.

Only three screens can be seen in the filing. One display updates user’s email messages, while others would showcase text messages and other information. 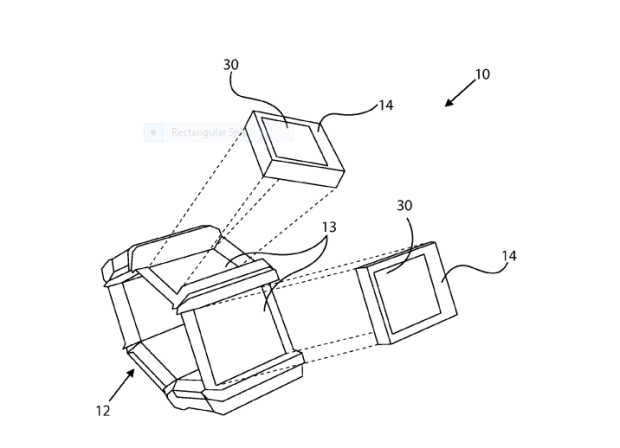 Illustrations from a patent on a smartwatch design with interchangeable screens filed by Nokia.

Regardless, it’s unlikely that users will ever see this concept on store shelves. Microsoft announced a plan to purchase Nokia’s Devices and Services division earlier this year, and so far the company hasn’t done anything to indicate to industry insiders that it considers the smartwatch market worth investigating.

That being said, the company’s position could change at any moment. Apple is rumored to be creating the iWatch, a smartwatch of its own, and arch-rival Google has already showcased its own entry into the wearable computing space. The company’s Google Glass concept is being distributed to industry insiders and developers willing to pay for early access to the device.

Ironically, Microsoft was one of the first companies to embrace wearable computing. The company launched its own brand of internet enabled watches in 2004. Dubbed SPOT, these watches used FM radio signals to broadcast information directly to user’s wrists and even coffee makers. Though Spot was innovative, the technology never caught on with users. Microsoft discontinued the service that powered SPOT devices in 2012.