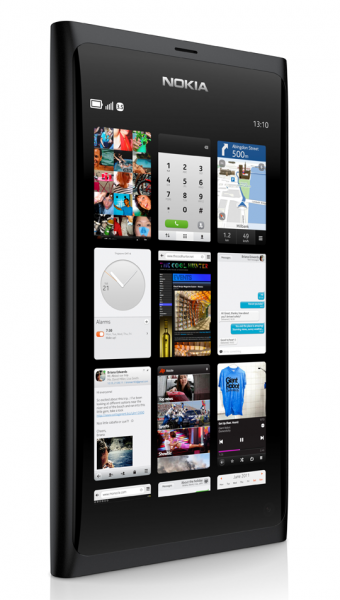 In a Twitter message, Nokia is promising years of support and a number of software update for the company’s recently announced Nokia N9 smartphone, which is the first phone from Nokia to utilize the MeeGo operating system, which was developed as a partnership between Nokia and Intel. However, given that Nokia has since shied away from MeeGo as its high-end platform of choice in favor of Microsoft’s Windows Phone 7, the company’s latest message of long-term support may be in an effort to assuage user concerns about the prospect of MeeGo and stem off its market share loss to Android and iOS in recent years.

In a tweet, Klas Ström, Head of Portfolio Management at Nokia, writes, “We will support #NokiaN9 for years AND release several SW updates… #nottoworry

While at one time, it was believed that the MeeGo will be Nokia’s platform of choice to compete in the modern OS space against Android and iOS, that dream was gone when CEO Stephen Elop announced at Mobile World Congress in February of this year that the company will be turning to Microsoft to power its next-generation of smartphones, effectively relegating MeeGo to ‘experiental’ platform status.

At that time, the company promised to release one MeeGo product, and it has delivered that promise in the form of the Nokia N9, a slate-style smartphone with an easy to use interface and experience. Nokia will also be delivering a developer MeeGo smartphone to developers, which will feature a hinged screen and keyboard design, similar to the Nokia E7, called the N950.

For now, it’s unclear if Nokia’s promise to continue to support MeeGo and roll out software updates to the N9 will help raise consumer confidence in the platform.