While Nokia focusing its launch efforts for the AT&T Lumia 900 today, the company is rumored to be hard at work to delivering a Lumia Windows Phone experience to CDMA carriers as well, including Sprint and Verizon. Currently, Nokia’s Lumia handsets are available unlocked in the form of the Lumia 800, on T-Mobile as the Lumia 710, and on AT&T with the flagship Lumia 900. These rumored Lumia handsets for Verizon and Sprint would be Nokia’s first for these carriers.

In terms of the Verizon model, it is said that Nokia will be releasing a PureView Windows Phone device with a 12-megapixel camera, which is up from the 8-megapixel on the Lumia 800 and 900 and the 5-megapixel shooter on the Lumia 710. The 12-megapixel camera would match the sensor on the Nokia N8, which is a Symbian handset that was released 2 years ago in 2010. It’s unclear if the sensor will be exactly the same as that on the Nokia N8, or if Nokia will be porting some of its newer PureView technologies found on the 41-megapixel Nokia 808 PureView Symbian handset. 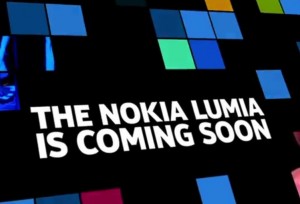 Additionally, according to Unwired View, the Verizon model is said to have a high resolution 1280 X 720-pixel HD display. It appears that Windows 8 will finally support 720p HD screens and the PureView Lumia for Verizon may be among the first Windows Phone 8 Apollo devices to support that feature.

With Sprint, Nokia will be releasing a phone with sliding QWERTY keyboard. Sprint already has a Windows Phone with that form factor in the form of the HTC Arrive, which is a re-branded version of the HTC 7 Pro Windows Phone handset. It’s unclear if the Nokia-made device will utilize a traditional sliding mechanism or the mechanism employed on the Symbian-powered Nokia E7.

Both phones will be powered by a dual-core Qualcomm Snapdragon S4 processor.

Asus and Lenovo will also be releasing Windows Phone 8 handsets as well.