Nokia is rumored to be working on a Windows Phone 8 phablet of its own with a screen that is speculated to be about 6 inches. The dimensions of the device would make this uber-large smartphone competitive against the Android-based Samsung Galaxy Note 3, a phone that is widely believed to sport a similar screen size with a full 1080p HD resolution.

“Nokia is reportedly in discussion about making larger-size handsets that may be released in the next year, according to industry sources,” reports DigiTimes.

The phone is anticipated to launch in 2014. 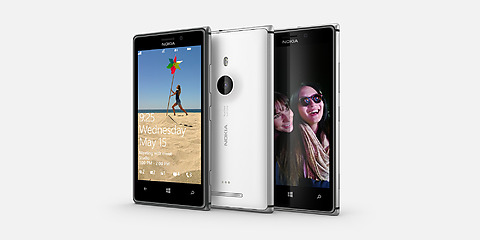 4.5-inch Nokia Lumia 925 smartphone launching as a T-Mobile USA exclusive in the U.S.

DigiTimes has had a mixed track record with accurately predicting rumors in the past, though given the trend for devices with larger screens, Nokia may be missing out on an opportunity if it doesn’t enter the tablet market.

When the company launched the Lumia 800, the first Windows Phone device for the historically Symbian-based smartphone-maker, Nokia was conservative with its screen size. It quickly entered the 4.3-inch space with a U.S.-based Lumia 900 and the latest Lumia 920, Lumia 928, and Lumia 925 flagships all have 4.5-inch displays. Nokia says it uses an HD+ resolution on these devices given that there are slightly more pixels than a traditional 16:9 aspect ratio 720p display.

Part of the reason why we believe there may be credibility to DigiTimes‘ report is that the next major OS update to the Windows Phone platform is rumored to suggest higher resolution displays, like a 1080p full HD resolution screen. This would make a 6-inch Nokia Lumia phablet a good experience given the pixel density is dispersed over a large screen size.

And though it’s unclear what Nokia’s pricing plans are, Phone Arena is reporting that the device could be priced between $621 and $775. Historically, Nokia has been pricing its devices aggressively, and prices for Nokia phones usually drop rather quickly after launch. In the U.S., with carrier subsidies, new flagship Lumia Windows Phone 8 devices cost as little as $100 at launch with a two-year service agreement.

In addition to the flagship Lumia phablet, a Lumia 625 is also rumored. That phone will have a larger display than the Lumia 920, 925, and 928, with a 4.7-inch screen. As a mid-range phone, its resolution is capped at a paltry WVGA, the same resolution that the Lumia 800 debuted with.

Nokia is also rumored to be working on a tablet as well to round out its portfolio.