Bucking the trend of many, if not all, current Windows Phone 7 handsets, the yet to be announced Nokia Sabre prototype shows a Mango-powered smartphone with physical Windows Phone navigation buttons rather than the capacitive touch buttons of today. While hardware navigation buttons require a little bit more effort to activate–you do have to exert pressure to push down on the buttons–the benefit of having physical keys is that you cannot accidentally swipe your finger over a button and activate an unintended command.

The tri-button design of the physical hardware buttons and overall aesthetics of this phone is very Nokia-esque. The button design itself reminds me of the Nokia Nuron, released a few years ago with Symbian on T-Mobile USA’s network, while the curved edges of the smartphone is reminiscent of the newer Nokia 701. 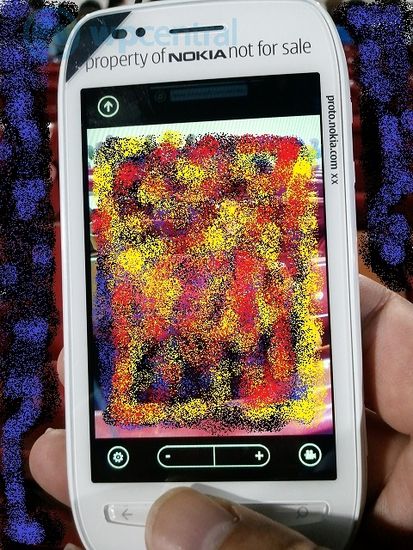 The Sabre is said to have a 3.7-inch display, and based on the deep blacks shown on the leaked photo, it appears that Nokia may have used its Clear Black Display (CBD) AMOLED screen on this handset. WP Central reports that the device may not have a front-facing camera that’s typical of most Windows Phone 7 devices released with the Mango OS.