This isn’t the first time that Nokia’s upcoming Windows Phone 7.5 Mango phone, code name Sea Ray, has leaked out but it’s certainly our best look at the phone yet. Keep in mind that this is a prototype so it’s possible that what you see here might never hit shelves but boy, we really hope that Microsoft and Nokia release this thing to the public because it’s looking good. 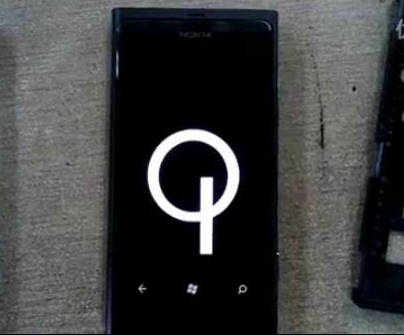 What you see in this video is essentially the Nokia N9 running Windows Phone. After the owner of this device removes the case, you can see the physical buttons on the bottom of the device and we also get a very nice look at the phone’s form factor. Looks good, right?

After he’s done showing that off, he boots up to the phone and voila, we see the Sea Ray come to life. We get some odd boot logos, a 7 and a q, and we also get a short glimpse at the phone’s camera.

Unfortunately, it doesn’t look like the phone has a front facing camera but I don’t think that’s going to be a deal killer for most if that becomes a reality if and when this is released.

Remember, October 26th is currently the date that many think will be the day that Nokia’s announces its first Windows Phone 7 device and this could very well be the device that they show off.