The Nokia N9, which is a MeeGo-powered smartphone, had previously been rumored to come with a landscape-oriented tilting keyboard and screen mechanism similar to the Symbian^3-powered Nokia E7 handset, though recent rumors are mixed on what the final shape of the device will be. Regardless, it seems that we’ll know soon enough–at least by June 24th–as the phone is awaiting U.S. regulatory approval at the FCC. 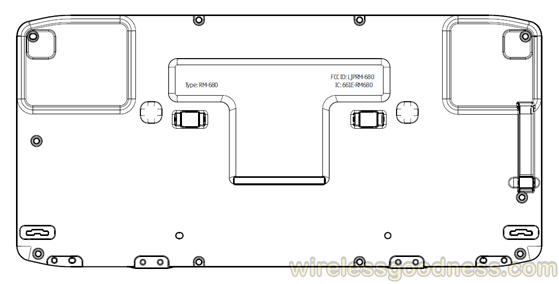 What we do know right now is that the phone will support a quad-band GSM/EDGE radio and a penta-band 3G HSPA/UMTS radio. That means that unlike many of the GSM 3G phones released in the U.S., this will be one of the few phones that could work on either AT&T’s or T-Mobile’s 3G networks.

According to Nokia’s filing, the company had requested that the FCC not disclose any additional information until June 24th. This suggests that the phone may launch on or before that date. With the MeeGo Developer Conference slated for later this month in San Francisco, California, Nokia may make mention or show off the phone there to eager and hopeful developers.

Thus far, while early builds of MeeGo have been demoed on tablets, netbooks, and other form factors, an official MeeGo build, even an early build, has not yet been shown on a smartphone.

Nokia had been committed to the MeeGo platform up until the announcement outside of Mobile World Congress, which shocked partner Intel, that the company is switching gears to support Windows Phone 7, making Microsoft’s mobile OS a priority over Symbian and MeeGo.

Since the announcement, Nokia has committed to releasing one MeeGo smartphone. It’s unclear if this will be the company’s first and last smartphone to run the MeeGo OS, or if the device will spur enough interest that Nokia will create additional MeeGo handsets in the future.

MeeGo may be a good fit for Nokia, which is one of the major top-tier smartphone-makers without a tablet strategy at this point. As Microsoft has stated that the Windows Phone OS is made only for phones, Nokia would either have to use Windows 7, if it wants to stick with Microsoft, or defer to another OS. The other option would be Symbian, though the company has announced that it will scale down Symbian development in the future.