The Nokia Amber update has only just finished its rollout in the United States but that isn’t stopping Nokia for talking more about the features it plans to add to its Windows Phones with the next update, called Lumia Black.

They include an enhanced form of Nokia Glance, the utility that allows Nokia Lumia devices to showcase individual notifications on some Lumia Windows Phones, even when they are turned off. This new version will allow users to add background images to the Nokia Glance screen without the beta application that is now available to users in the Windows Phone Store. 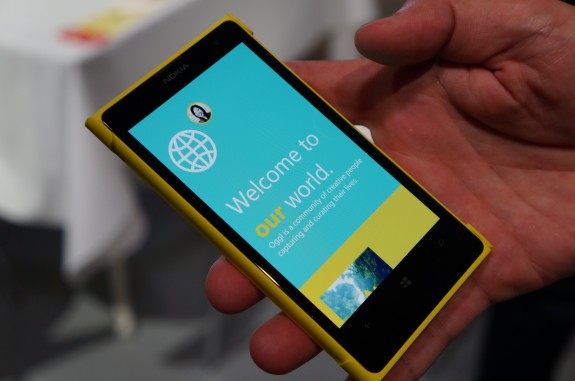 Nokia’s Lumia 1020 and other Windows Phones will get enhanced Glance features as a part of the Lumia Black update.

The Lumia Black update will also include a new Steps feature for health conscious users. When the feature debuts in 2014 some Windows Phones will surface the amount of steps taken within a given time on Nokia Glance. While it might seem like a niche feature to include in a software update, fitness features have been a key driving force behind smartwatches and other wearables.

If Nokia can put more lifestyle features at the forefront of its Lumia marketing, that could go a long way to connecting with users who don’t necessarily need advanced features and every application on the planet, but do want a device that enhances their everyday tasks.

Unfortunately, the timing on the Lumia Black Update remains hazy. It’s The Verge’s assertion that users should expect Lumia Black to roll out in “coming weeks”. Nokia has confirmed that the update will be a part of their roll out of the Windows Phone 8 Update 3 software that Microsoft made available to developers earlier this month. An exact launch date for that update remains elusive.