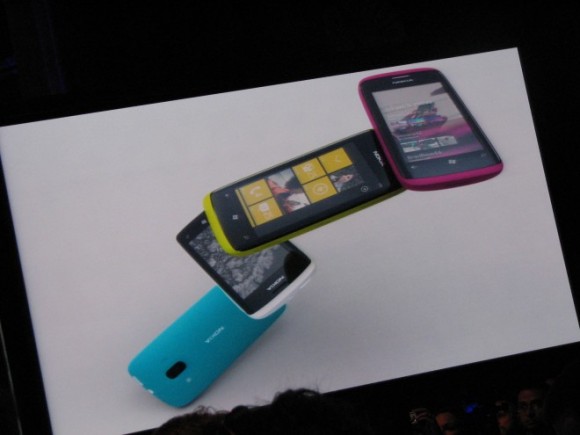 Now that the Nokia and Microsoft partnership has been announced, Nokia went ahead and showed off some concept hardware that may or may not get released. The vivid colors on Nokia’s Windows Phone 7 renderings are reminiscent of those that debuted with the company’s Nokia N8, while the curved form factor resembles the Nokia C7 handset.

The company also announced at Mobile World Congress that it aims to have its first Windows Phone 7 launched by the end of the year. It’s unclear, though, at this time what the final product will look like.