As noted yesterday, Nokia Lumia 900 users were experiencing data issues in areas that they should have coverage. There were a couple of temporary fixes posted online to get around these issues. Today, Nokia stepped up to the plate and unlike a certain fruit company, admitted fault and offered a solution.

The issue was identified as a memory problem that would lead to a loss of data services. Nokia has a solution and with the help of AT&T, they plan to have the solution in place on April 16th. It seems that this issue doesn’t affect all of the Lumia 900 models though.

However, soon after AT&T began selling this flagship device, we identified a software issue. In short, a memory management issue was discovered that could, in some cases, lead to loss of data connectivity. As a proactive and prudent measure, we decided, together with AT&T, to take immediate action. We have identified the issue, and have developed a solution. 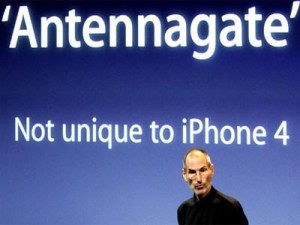 Nokia and AT&T are offering 1 of 2 options for Nokia Lumia 900 owners experiencing this issue, wait until April 16th for an update or return the device for a newer version.

And for a bonus…

You can actually get a Nokia Lumia 900 completely free as a token of good will. AT&T will credit all who already purchased a Nokia Lumia 900 $100. They are also extending this offer to anyone that buys one from now until April 21st. Essentially, you can go into an AT&T store today, buy a Lumia 900 for $99 and get a $100 credit. Basically Nokia and AT&T are giving you a hot new phone and $1.

It’s bad to see something come off the line with issues, but I am happy to see a company accept responsibility and make it right without telling us that we’re holding it wrong.

I have other news that’s not related, but shows another gesture from a company that impressed me today. I purchased a 55″ LED from Samsung on Black Friday. It’s been serviced twice already. Today, Samsung offered to replace it with a slightly upgraded, newer model. It’s great to see companies like Nokia and Samsung do the right thing!