When Apple announced the cheaper iPhone 5C at its event today, many expected the company’s choice in color options to garner a hoard of complaints. As it turns out, it’s not users who want a cheaper iPhone with less bold colors that are enraged by the brighter colors: it’s rival Nokia.

Following the company’s announcement of the iPhone 5C, a new device designed to appeal to users who don’t need the sophisticated features of the iPhone 5S, Nokia took to the social network Twitter to flaunt the fact that its Nokia Lumia Windows Phones have shipped in different colors for years. It even went so far as to add a notation to an image of its Nokia Lumia family declaring that “imitation is the best form of flattery.” Effectively, Nokia is calling Apple out for being a copy-cat.

While an allegation like that wouldn’t be considered all that inflammatory if it were lobbed out other firms, Apple prides itself on being the most innovate, forward-thinking smartphone vendor. It’s something the company continuously declares during every keynote, particularly when it comes to the latest iPhones, the iPhone 5C and iPhone 5S. 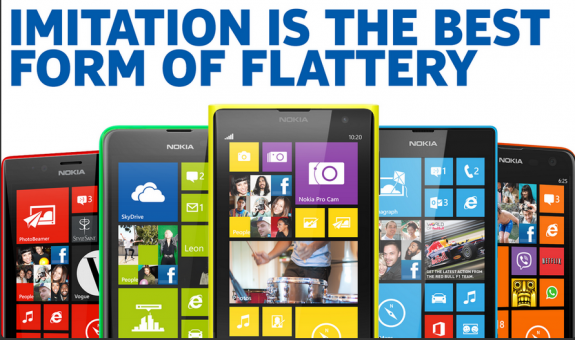 For its part, Nokia was among the first companies to introduce colored flagship smartphones, however the company is hardly the only smartphone vendor doing so today. The Samsung Galaxy Note 3 includes colored backs with a sort of leather stitching. In fact, recently the company has backed away from offering a lot of color options for consumers. Last year’s Nokia Lumia 920 ships in blue, yellow, red, cyan, black and white, however the Nokia Lumia 1020 only ships in yellow and black. The Nokia Lumia 925 features no colors other than gray and black. 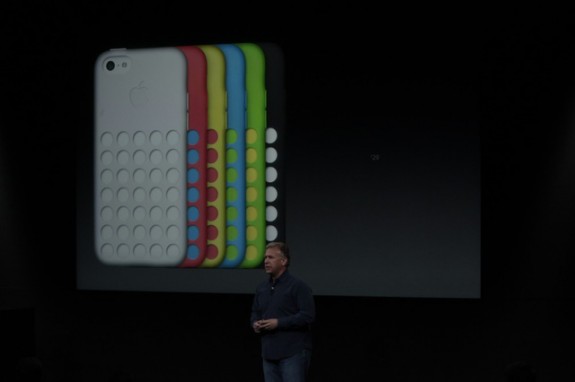 The iPhone 5C when paired with a new first-party case.

During today’s keynote the company was careful to note that users would be able to pick up the device, and one of its $29 plastic colored cases, and mix and match its colors with their style.