In a new advertisement, Nokia is teasing another Lumia ahead of its May 14th event in London. Little information is revealed from the ad itself, but it looks like Nokia will be unveiling the famed Catwalk device, a smartphone with a slimmer profile and a return back to a metal body for Nokia, which has since been using polycarbonate for its Windows Phone series since the debut of the Lumia 800.

The leaked teaser ad was grabbed and re-posted by The Verge, giving us some hint at what will be announced at Nokia’s May unveiling event. The event will have to compete for attention with Google I/O as well as BlackBerry’s developer conference. 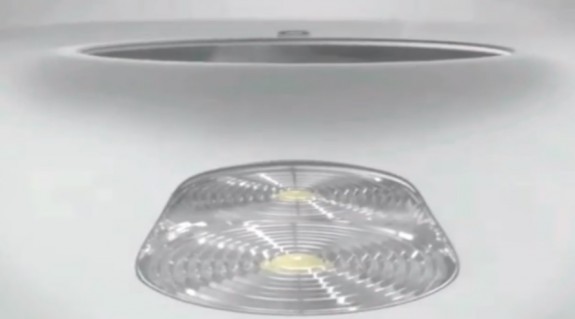 From the ad, Nokia says that the phone is “More than your eyes can see,” depicting a large camera lens of unknown resolution. The video teaser shows a device with dual-LED flash, rather than the single LED and single Xenon flash unit of the newly launched Lumia 928 for Verizon Wireless. If the Catwalk will be announced, it may bear similar specs to the AT&T Lumia 920 in the U.S., but with a more refined styling.

The Catwalk has been rumored in the past to go by the model number Lumia 925 when it launches. It is speculated that much of the internal specs of the Catwalk will be similar to the Lumia 920, but the device will address the bulky weight and large profile of the Lumia 920 by using a unibody aluminum enclosure to reduce the size and heft of the phone. If true, the unibody aluminum casing would put the Lumia 925 in the same league as the iPhone 5 and the HTC One where both devices use metal casings.

In addition to the Catwalk, Nokia is also rumored to be debuting a Windows Phone 8 device with a 41-megapixel PureView sensor. This phone has been leaked as the Nokia Lumia EOS, and the sensor would match the one used on the Symbian-powered Nokia 808 smartphone.