The latest Nokia rumors suggest that the company may use its May 14 event to announce the Lumia 925 Windows Phone 8 smartphone, a variant of the oft-rumored Verizon-bound Lumia 928 model. The Lumia 925 has been rumored in the past to be called the Catwalk under its code name, and the device is now believed to make a debut alongside the Nokia Lumia 928 at the same venue.

Externally, the Catwalk, or Lumia 925, will be aesthetically different than the Lumia 928. The Lumia 925 has been rumored to feature a high-end aluminum shell and will come with a thinner and lighter footprint. In prior leaked shots, the Lumia 928 was shown with a black polycarbonate that’s a bit more squared and angular than the current Lumia 920 flagship being offered on AT&T Mobility in the U.S. market. The Lumia 928 actually appears to resemble the Lumia 810 on T-Mobile USA’s network more than the Lumia 920. 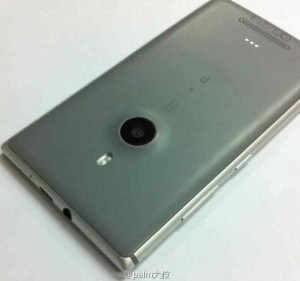 Under the hood, though, we can see identical specs between the Lumia 928 and Lumia 925. According to WM Power User, both devices are rumored to have a dual-core Qualcomm Snapdragon S4 processor, a 4.5-inch OLED display with a 1280 X 768 resolution, 1 GB RAM, 16 GB storage, and an 8.7-megapixel camera with an f2.0 aperture. And like the Lumia 920, both devices will feature non-removable batteries due to the unibody construction of either polycarbonate on the Lumia 928 or aluminum metal on the Lumia 925.

Given that both the Lumia 925 and Lumia 928 are scheduled to be announced at a London event, this may give credence to why the Lumia 928, which is said to be a Verizon Wireless exclusive, won’t be announced at a U.S. venue. Nokia, which had advised media that the event would take hours, would utilize the time to showcase both events.

There’s still a third device that may be announced at that venue as well. The device has been known by its Lumia EOS code name in the past, and it’s been rumored that the Lumia EOS would utilize a 41-megapixel PureView camera that Nokia had debuted on its Symbian-powered Nokia 808 smartphone last year. It’s unclear if the May 14th London event will play host to this third phone model.

Both the Lumia 928 and Lumia 925 are expected to run Microsoft’s Windows Phone 8 operating system.