Nokia may soon be launching its Nokia C7 smartphone as the Nokia Astound on T-Mobile USA according to a leak obtained by TmoNews. The C7 smartphone was previously rumored to be coming to the nation’s fourth largest network as the Nokia Tiger, but Tiger may be an internal codename. 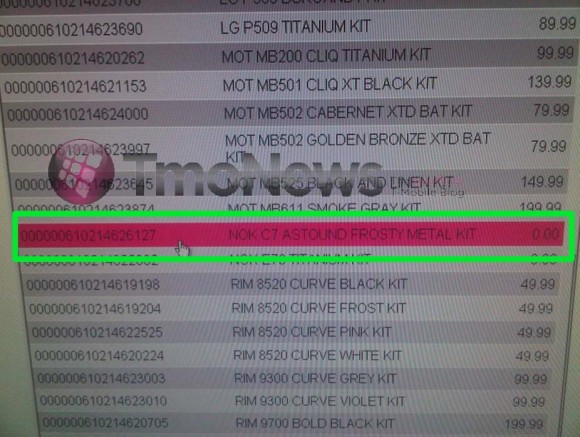 I’ve had some hands-on time with the Nokia C7 at CTIA about six months ago last Fall and came away pretty impressed with its solid build quality and comfortable curved backside, which makes the device easy to hold in your hands. The device is on the compact side and represents a consumer entry that’s similar in experience to the flagship Nokia N8, which has been praised for its hardware in the past.

Unlike the 12-megapixel camera sensor on the Nokia N8, the C7, or Astound, will support only an 8-megapixel sensor. The device will feature a touchscreen and will be powered by the Symbian^3 OS that debuted on the Nokia N8.

T-Mobile USA is also listing the Astound to come in “frosty metal” as a color option. A picture of the Nokia C7 is posted below for those unfamiliar with Nokia’s offerings. 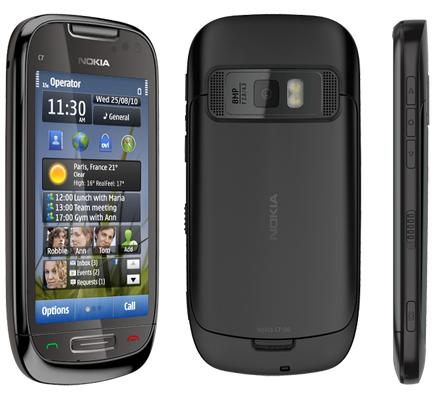 The Astound will most likely succeed the Nokia Nuron offered on T-Mobile. Nokia has made its Ovi Maps a free service on Nokia handsets, which offers turn-by-turn voice guided GPS navigation. Unlike the free Google Maps with Navigation on Android, Ovi Maps are stored locally on the phone or storage card so you won’t need a constant connection to the Internet to get mapping directions.

With CTIA approaching next week, the Astound could potentially be announced there.