After being optimistic and announcing that it would continue to sell at least 150 million more Symbian phones after having announced the switch to Windows Phone nearly a year ago, Nokia may have been overly optimistic and weak sales numbers for the Symbian ecosystem may lead the world’s largest phone-maker to abandon the sinking Symbian ship prematurely. It is now reported that Nokia may be canceling all future Symbian hardware development except one key device–the venerable successor to the Nokia N8, heralded as the camera phone king. 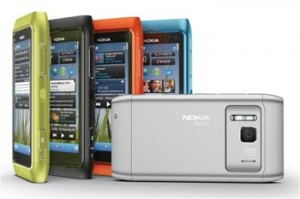 So why is the Nokia N8 an important device on the market, especially when Apple’s iPhone 4S is producing excellent image results and Android camera phones are catching up in terms of quality? For one, it has an excellent 12-megapixel image sensor, an unrivaled Xenon flash that’s not only brighter than typical LED flash on the market today but also offers better color reproduction, and excellent Carl Zeiss optics. Even Nokia has not been able to replicate the camera experience of the Nokia N8 on recent Windows Phone offerings, like the high-end Lumia 800 and Lumia 900. The Nokia N8’s camera quality is one reason that the phone still goes every where with me despite newer models on the market from Nokia and its rivals.

Chatter of new hardware cancellation except the sole N8 successor model is going on despite new chatter of forthcoming Symbian OS updates called Nokia Carla and Nokia Donna are emerging. Carla and Donna are expected to arrive as software updates after Nokia Belle hits the market.