New images of the Nokia T7 have emerged showing a device that resembles the flagship Nokia N8, which I love, but with slight differences made for the huge Chinese market. 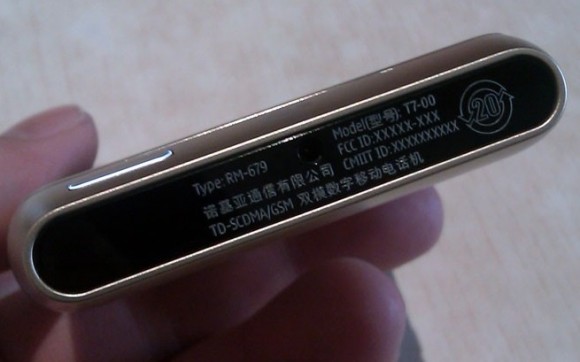 The Nokia T7 will eschew Nokia’s Carl Zeiss autofocus 12-megapixel camera with mechanical shutter in favor of an 8-megapixel camera, similar to that found on the Nokia Astound for T-Mobile USA. As such, the camera protrusion found on the Nokia N8 is gone, as is the Xenon flash in favor of a more standard dual-LED flash support. On the Nokia T7, you’ll have a flush back surface with the camera protrusion gone.

Also, gone is the penta-band 3G support–the N8 is one of the few devices in the world that can accommodate both AT&T’s and T-Mobile USA’s 3G network support in a single device–in favor of supporting China’s TD-SCDMA network.

The Nokia T7 will most likely be a Symbian^3 smartphone device.