While Nokia and Microsoft are hard at work on enhancing the experience of Windows Phone 7 once the platform launches on Nokia-made hardware later this year, the company has gone on record to say that special apps created by Nokia for the platform will not only work on the company’s branded phones, but also on phones running on the same OS made by rival manufacturers.

The comment, which was made during an interview with Stuart Miles of Pocket-lint, is curious. First, it shows that Nokia is mindful as to not create complexities in the apps to fragment the Windows Phone 7 operating system in the same way that fragmentation is seen between HTC Sense, Samsung TouchWiz, and LG’s proprietary user experiences on the rival Android operating system. By creating app compatibility–as much as possible–between various hardware, Nokia is helping Microsoft to ensure that the Windows Phone 7 experience is consistent no matter what handset you pick up. 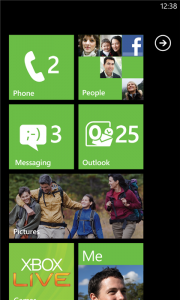 The second point that is interesting is that it seems that although Microsoft had given Nokia exclusive rights to the Windows Phone source code to re-write and alter the OS to fit its need–a privilege not given to any rival or competing hardware manufacturer–Nokia will not be making much visible change to Windows Phone 7, at least visibly though the company may still optimize the code to fit its handset. According to Marco Argenti, senior vice president of Developer and Marketplace, “Windows Phone 7 doesn’t need us to add more layers.” Deducing this comment may indicate that Nokia’s handsets will stay true to Microsoft’s Metro UI with the Live Tiles on the platform.

Argenti says that Nokia will continue to work to enhance the Windows Phone 7 experience through apps, where those apps would be compatible with rival phones on the Windows Phone platform. However, there will be exceptions as well:

But surely there will be exceptions? A pause is followed by the acknowledgement that while the apps will work with any phone, some will be exclusive for Nokia users for a set time. Or, when it comes to things like mapping, they will be heavily built into the OS, making it hard for a HTC user to nab it.

So although Nokia will help to reduce fragmentation on Windows Phone 7, it is not commoditizing itself. The company will seemingly offer differentiated experiences, highlighted with excellent hardware and cameras, as is traditionally seen with Nokia phones, along with the mapping experience. 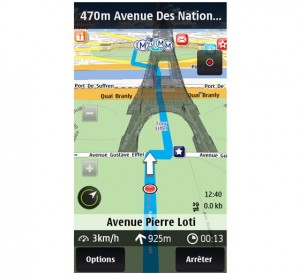 At least on the apps side, Nokia remains committed to its Nokia Maps, formerly Ovi Maps, where that experience will overshadow Microsoft’s native Bing Maps. For one, at least on Symbian, Ovi Maps is a free software where the maps can either be downloaded on the go or stored natively on the device. Second, unlike Bing Maps, Ovi Maps offers free turn-by-turn GPS guided driving and walking directions. And lastly, unlike competing mapping products, including paid third-party solutions on other platforms, where Ovi Maps shines is in the value it delivers to end-users with quick walking directions, tour guides, city guides, and other bundles that are available for free.

Other changes that will come will be local app discovery. Rather than creating a one-size-fits-all global app store, Nokia may help curate local app discovery in key geographic markets. For instance, an app built in French may not do as well in the U.S. app store, but may be promoted and do better in a French or Canadian app store. Nokia may be working with carriers to get app purchases billed to your cell phone bill as well.