Specs and information about a new, unannounced Nokia-made Lumia 510 Windows Phone smartphone have emerged along with images of the device. Targeted as a budget device with a lower ‘5’ number scheme–compared to the flagship Windows Phone 8 Lumia 920–the Lumia 510 is anticipated to cost $150 without a contract when it finally does launch in China and other emerging markets.

The device will feature a 4-inch WVGA resolution display along with 4 GB of on-board storage and 256 MB of RAM.

An image of the device was posted on GSM Arena. 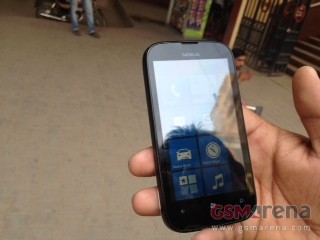 With a low-end device, it will be unlikely Nokia will have invested in its signature camera features that are part of the flagship Lumia 920.

It’s unclear if a budget-friendly Microsoft smartphone made by Nokia will be able to give Windows Phone some market traction. The device will likely have to compete with budget Android offerings, many of which are already priced extremely low with low-end specs to keep pricing down. Android is still popular in Asia and many developing countries than Windows Phone, though Nokia does have a more recognizable brand name over in those countries as well.

The Lumia 510 is expected to launch by the end of the year and may hit global markets starting in 2013.