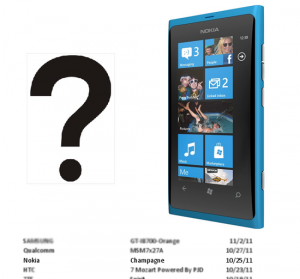 Recently, Microsoft had begun to cut out some of its hardware requirements on Windows Phone 7. The move is widely believed to prepare the OS to arrive in handsets with cheaper price points, which could begin to pave the way for Tango.

Hitting more entry-level smartphone users would help Microsoft and Nokia expand to markets where Android is having much success with. Apple is also beginning to target the entry-level phone market. For the first time, with the introduction of the iPhone 4S, Apple is retaining the iPhone 4 with a $99 price tag and the iPhone 3GS as a free on-contract model on AT&T.