Ahead of the highly anticipated and rumored Nokia EOS launch on July 11th at a New York City event, smartphone-maker Nokia has filed for a trademark for the Nokia Zoom branding. The invitation to the event had teased about the ‘zoom‘ capabilities to expand Nokia’s expertise in the camera phone segment with its PureView venture, and now it sounds like the device may launch as the Nokia Zoom if Nokia calls the device by the name filed in this trademark filing. 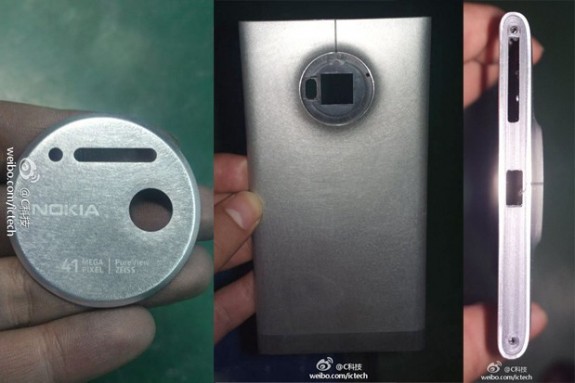 The trademark filing was published on My Nokia Blog. 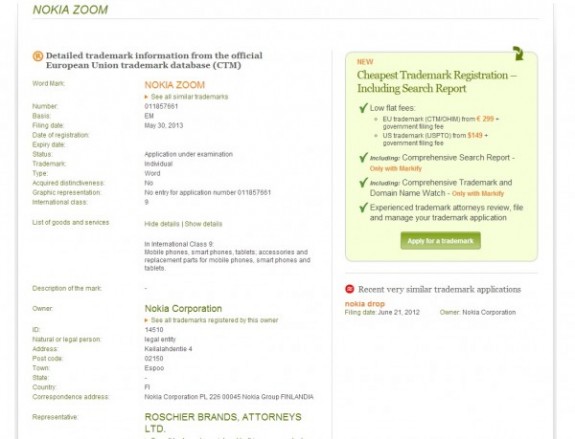 The Nokia EOS, or Lumia EOS as it has been referred to, would bring Nokia’s large sensor technology to the Windows Phone 8 platform alongside a 41-megapixel resolution. The large sensor is larger than the sensor found in many point-and-shoot cameras, which should allow for better low light photography and more camera control for the discerning mobile photography. 41 megapixels will allow consumers to capture a lot of details in their images.

The 41-megapixel sensor would also allow Nokia to focus on lossless digital zoom. Rather than using optical zoom, like Samsung did on the Galaxy S4 Zoom, Nokia says that lossless zoom is preferable on smaller devices when it released the Symbian-based Nokia 808 with the same sensor last year. The reasoning is that optical zoom requires more glass and this in turn would lead to a bulkier device, which is true of the Galaxy S4 Zoom.

The benefit for the absurd amount of megapixel is that you can digitally crop your photos and it would still provide for a lot of details. Crop down to an 8-megapixel size and you get some “zooming” capabilities while preserving details comparable to an 8-megapixel camera with optical zoom. This is different than, for example, digital zoom on an 8-megapixel iPhone 5 sensor as that would provide an image with reduced details because you’re zooming from an 8-megapixel starting point. The end result for this zoom may be an image with 2-5 megapixels in resolution, which would look decent at best on the iPhone 5’s 4-inch display, but if you print the image and blow it up to an 8 X 10-inch poster, you’ll have a lot of grain and noise.

The Nokia Zoom trademark definitely shows where Nokia is headed with its PureView imaging technology. The phone is rumored to also bring a more enhanced camera app that would appeal to prosumers.