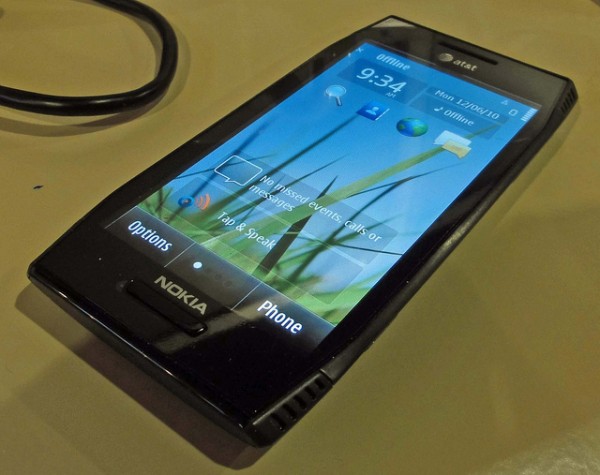 Images of the Nokia X7 with U.S. carrier AT&T branding was seen on the Internet, suggesting that the multimedia- and gaming-centric Symbian touchscreen handset will be destined for release on the carrier. The images of the handset were released of Eldar Murtazin, who became famous for releasing a fairly negative Nokia N8 review months prior to the handset’s official release. In regards to the new X7, Murtazin was elusive and says he is working on a full review and that he doesn’t like the device. 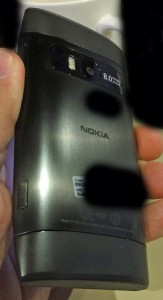 As seen from the images, the Nokia X7 will have an 8-megapixel camera with dual-LED flash along with a dedicated camera button. It has a 4-inch touchscreen, presumably with Gorilla Glass as Nokia has stated that its phones with glass touchscreens will utilize panels from Corning, maker of the tough scratch- and break-resistant Gorilla Glass.

The X7 is known to have 4 speakers, one at each corner.

Although the handset has AT&T branding at this time, the carrier could ultimately cancel the release at the last minute; there is no guarantee that the carrier would release the X7, but it at least shows that AT&T has committed to testing and evaluating the phone for its network in the U.S.