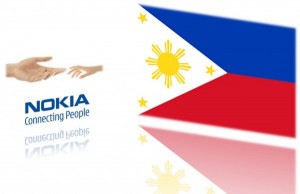 Though Nokia has suffered from stagnant sales and declining market share since the ascent of Android and iOS, the company’s brand is still leading in the Philippines, showing that the company still has a lot of clout in countries outside the U.S. and Europe that are now dominated by more modern touch-centric mobile OSes.

As it turns out, in an overall brand survey, which represents brands from various different sectors and not just technology, Nokia’s ‘Connecting People’ brand is still connecting with its audience in the country.

Though it’s unclear how the company intends on launching its forthcoming strategic Windows Phone 7 handsets into the world, Nokia’s brand power coupled with Microsoft’s OS could help to give both companies a big lift later this year. Analysts expect that the combined forces of Nokia with Windows Phone 7 could catapult Microsoft’s lagging mobile OS presence into the number 2 spot globally in a few short years, overtaking iOS.

In the survey results, it’s unclear whether Nokia’s brand reputation is translating into dominant sales for the Symbian-dominated lines of phones, or if the company’s overall reputation is derived from its more long-stay presence in the industry compared to newer rivals like HTC, Apple, Samsung, and LG.