City Lens will also show users an easy way to get to directions to nearby locations. Once the user selects a location, users can share it with friends through social networks like Facebook and Twitter, SMS, or email.

The new Nokia app is arguably a better version of Bing Local Scout which Microsoft builds into Windows Phone. The Bing feature creates lists of nearby locations that users might want to visit. It does provide a map, but it only shows the general area in a zoomed-out view until the user chooses a location.

City Lens, on the other hand, can easily switch between maps and augmented reality, and shows a full map with locations. It’s more similar to a search on Google Maps. 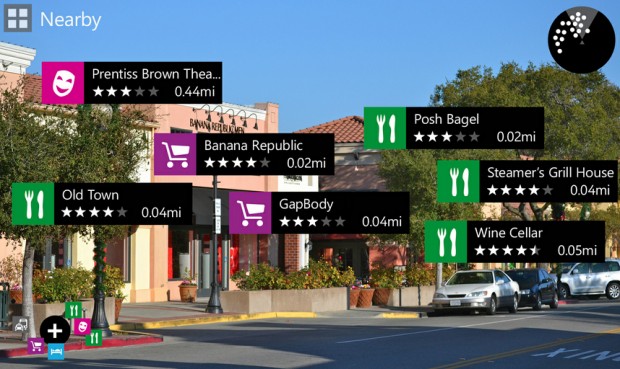 Nokia City Lens is currently part of the company’s Beta Labs, so it isn’t complete, and Nokia is still looking for feedback on the app. It looks like a useful app, though this sort of augmented reality tends to come off as gimmicky and not exactly useful. We would like for Nokia to prove us wrong, however.