Yesterday, Nokia finally made its highly anticipated Windows Phone devices official introducing the Lumia 800 and the Lumia 710 to the world.

Well, as AdAgeDigital reports, Nokia’s CEO Stephen Elop has promised a marketing blitz triple the size of any previous launch in order to promote these two phones in Europe this year and in the United States next year.

Well, Nokia has released the first of many advertisements and this one promotes the company’s Lumia 800 smartphone. The ad promotes the phone under Nokia’s “The Amazing Everyday” banner and was created by London independent agency Inferno Group.

Nokia is currently seeking an agency to produce commercials for the launch in the U.S. The video starts off alright but by the time it ended, I was left completely and utterly confused. Apparently, Nokia has taken a page out of the Verizon Book of Advertising wherein the reader is taught to show as little of the phone as possible.

We see the Lumia 800 only in the last couple of seconds of the ad. 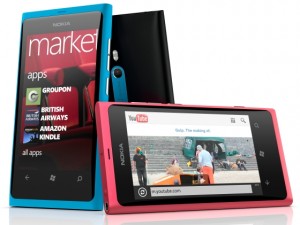 There is nothing that tells us why this is a phone to get excited about. Nothing that screams ‘you should buy this over the iPhone 4S or an Android device.’ Nokia doesn’t even see it fit to tout the benefits of having Windows Phone Mango.

I realize that this is the first advertisement but that doesn’t absolve it. Plain and simple, it really missed the mark.

After watching it, I’m not interested in the phone.

In other words, I’m not interested in what Nokia is selling here. And I thought that was the point of advertising especially in an industry as cutthroat and crowded as the smartphone industry is.

These are gorgeous looking phones with equally fantastic software and Nokia should be showing them off every chance that it gets.