Nokia may have an ‘Ace’ up its sleeves, and this one is headed for AT&T with dual 4G network support for the carrier’s HSPA+ network and new faster LTE network. Presumably, this will be among the first Windows Phone device with 4G LTE network support as thus far, none of Microsoft’s hardware partners have built a device with LTE support. Currently, Verizon in the U.S. is the network with the most robust LTE build-out, and that carrier is promising download speeds of up to 15 Mbps. 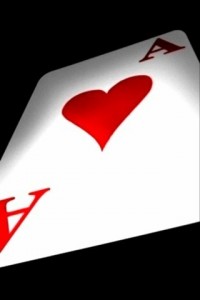 The Ace will be the top of the line Windows Phone handset for Nokia, and it will be released in early 2012 according to the latest leaks.

The handset is speculated to have a large 4.3-inch clear black display (CBD) display to compete with some of today’s larger screen Android handsets and the HTC HD7 (T-Mobile) and HTC HD7S (AT&T) Windows Phone devices. The Nokia handset will have an 8-megapixel autofocus camera, Carl Zeiss optics, and will ship with Mango. It will have a 1.4 GHz Snapdragon processor–Qualcomm is the exclusive mobile CPU manufacturer for Windows Phone at this time–along with a capacious 1800 mAh battery.

The latest rumor for the Ace would make this the highest end Nokia Windows Phone 7 handset, followed probably by the leaked Nokia Sea Ray prototype. Hopefully, we’ll hear more about the Ace in a few weeks as Nokia is widely believed to be making some Windows Phone 7 hardware announcements at its annual Nokia World conference.