According to newly leaked details about Nokia‘s forthcoming Windows RT tablet, which is slated for an announcement on February 2013 at the Mobile World Congress trade show, the device will have a battery-powered keyboard cover, fast charging capabilities, and built-in mobile broadband connectivity to connect to 3G/4G networks. The Verge is reporting that U.S. carrier partner AT&T will be among the first carriers to stock and sell Nokia’s latest tablet efforts.

While Nokia has long been rumored to be working on a tablet of its own, the company has only so far publicly responded by saying that it continues to evaluate and monitor the [tablet] market for opportunities.

And according to information that’s been leaked to The Verge, Nokia’s tablet will have a Surface-like keyboard cover that affords some protection to the tablet while providing the added utility of a keyboard and additional battery life:

Nokia will release a special cover for the tablet that envelops it like a book. Clicking into place, the cover provides a keyboard and a kickstand for the tablet. Nokia has also built a battery into the cover that can be used to power the tablet once it runs low on energy. 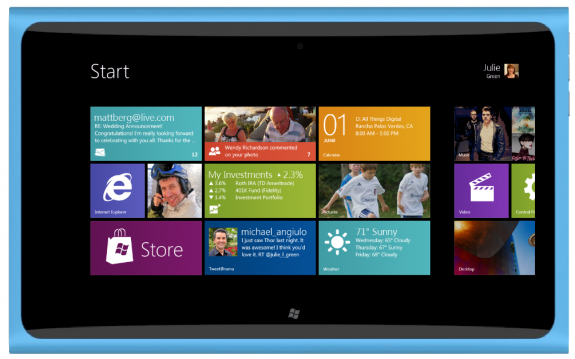 From that description, it appears that the keyboard cover will be similar to what Microsoft had developed for the Surface RT and Surface Pro tablets than existing keyboard docks, like those for Samsung’s Ativ Smart PC or for Asus’ Transformer Pad series. It’s unclear, however, how thick the battery cover will be to accommodate a secondary battery.

Reportedly, the tablet will have an HDMI port, 2 USB ports, and a 10.1-inch display. As the slate will be powered by Windows RT, it will be using a processor that’s based on ARM Holdings’ architecture.

Other features include the inclusion of a mobile broadband radio, which would help the tablet achieve instant-on, instant-connectivity functionality to rival Apple’s iPad, and also have fast charging capabilities to bring the battery’s charge up quickly in a short period of time.

In addition to this latest rumored tablet project, Nokia is partnered with Microsoft to deliver a line of Windows Phone-based Lumia smartphones.