It looks like a whole new array of cheap, inexpensive, non-Apple approved Lightning accessories may be hitting the market soon as Apple’s authentication chipset found within its Lightning cables have been cracked and cloned. According to the latest report on Apple Insider, these authentication chips are now being produced in China without the authorization or blessing from the iPhone 5-maker. 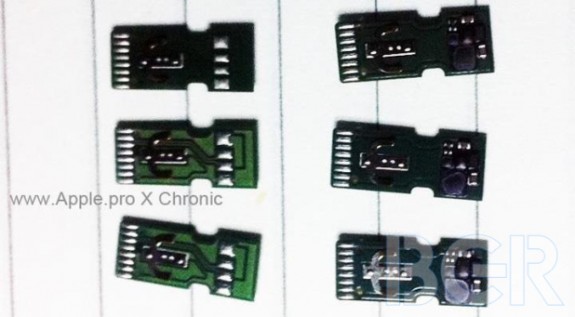 When Apple released the iPhone 5 and the new iPod Touch, the company was under scrutiny as there were no third-party accessories available that connected to the Lightning port, such as the popular Mophie Juicepack battery case that was available for previous iPhones.

It’s speculated that Apple implemented an authentication chip for the Lightning cable and port to control the third-party accessories that make use of the Lightning port and serve as gatekeeper for hardware, much in the same way that the App Store is the gape keeper of software for the iOS platform.

Apple is holding a partner meeting to detail guidelines and specs in November, but it appears that the cracked security chipset and its non-approved production may mean that unlicensed manufacturers may begin to produce accessories without the consent or blessing of Apple. Though quality of these accessories will be dubious and likely a few of these third-party, non-approved products will not meet Apple’s quality guidelines.

In the past, there have been a number of accessories that tapped into Apple’s legacy 30-pin Dock Connector standard, the port that the Lightning protocol replaced, including blood pressure cuffs, glucose testers for diabetics, microphones, chargers and battery packs, and more.

At least in this early stage, users who purchase any accessory that make use of the Lightning port should remain cautious as it is unknown what kind of effects these cracked authentication chipsets will have.