Nook Tablet or Kindle Fire, Which will you buy?

Both the Nook Tablet and Kindle Fire are both slated for availability this week. In fact, I received an email from Best Buy today stating that the Kindle Fire will be available for purchase in their stores on Tuesday November 15th. 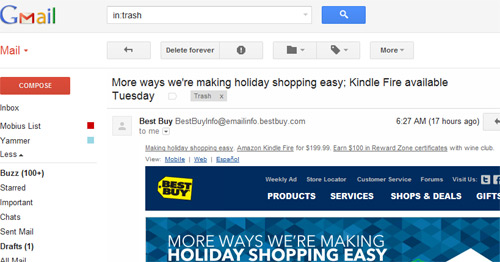 Both of these 7″ tablets acting as eReaders are very similar as pointed out in an article by Josh last week. The main difference between the two, aside from using different book libraries, is the internal memory and battery life. The Nook Tablet has 2x as much internal memory (16GB vs 8Gb). The Nook Tablet also offers a MicroSD slot and the Kindle Fire does not. The rated battery life also favors the Nook Tablet. The Kindle Fire has the advantage in having  “1st in the game” honors and this means that more people have invested in the Kindle library already. This might make it difficult to switch to Barnes and Nobles offering.

There’s also the price tag. The Kindle Fire is $199 and the Nook Tablet is $249. The price gets even tougher if you order direct from Amazon, which doesn’t collect sales tax. While many states still require you to pay this down the line, a price difference of $75 is noticeable. As in 7 ebooks noticeable. Of course if you buy the Kindle Fire at Best Buy, you’ll be paying tax anyway, so plan ahead.

Which brings up, how will the two tablets play out in retail stores. Best Buy will be selling the Nook Tablet and the Kindle Fire for the holidays, which will leave some of the devices’ fates on the hands of retail employees. If you want to go hands on with the Kindle Fire and the Nook Tablet, Best Buy should be a one stop shop in a week or so.

I chose to order the Nook Tablet for my wife for a Christmas present. When the initial Nook came out, I got it for her and she considers it one of the best gifts I have ever bought her. That’s saying a lot considering all the expensive jewelry I have purchased over 20 years of marriage.

The choice was easy to make. She has so much invested in the Nook’s library and it would kill her to switch. My wife has 303 books in this ecosystem so Barnes and Noble has us for life now.

So which will you grab, if any?

Warner ran a poll a while back that showed that most of you prefer Kindle over Nook (and any other readers), but with the game changing and the 7″ tablet readers taking over, opinions might change.

To get a better feel for each of these tablets, check out our hands on coverage and reviews.

I will share thoughts about the Nook Tablet from both my wife and I once it arrives. Stay tuned here for more about the Kindle Fire too!
Related Topics:AmazonAppleBarnes and NobleKindleKindle FireNookNook Tablet