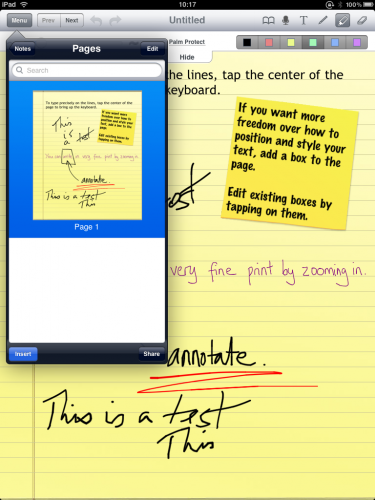 After writing up a four month look back at some of the Apps I’ve been using on the iPad and another on the dreaded sytli I’ve been testing and using, GBM reader Jim, pointed me to a recently released App, called Noterize. I’ve been doing some initial testing of the App this morning, and depending on your Inking needs it might be worth you checking out as well.

Noterize, whether intentionally or not, is aiming to be a kind of a mix between OneNote and PDF Annotator for the iPad. Using the iPad and other Apps’ functionality, the App allows you to take digital notes, mark up PDFs, grab web clippings, record audio notes, and share all of the above with a variety of sources. Two of the most important things the developers offer, at least in my view, are the use of the Dropbox API and Palm Rejection.

If you’ve read any of my previous posts on my attempts to take digital notes in rehearsal, you know that at the moment I’ve settled on Penultimate as the App that offers the best experience for me, thanks to its Palm Rejection (they call it Wrist Protection) and the smooth way Ink hits the screen. Noterize isn’t quite there yet in terms of laying down Ink smoothly. It is a bit too jaggy for my tastes, but, add that to the Palm Rejection, and you can indeed lay down some Digital Ink. More importantly for southpaws, there is user selectable Palm Rejection for lefties as well as righties.

For PDF or Powerpoint markup, the Dropbox API works like a charm. Drop a PDF or Powerpoint into your Dropbox and you can then import it into Noterize with the tap of a button. You can then mark it up, or sign your signature. With another tap of a button, this time the Share Button, and your PDF is on the way to a variety of sources including email and a number of social services. You can also send these files to other Apps on your iPad that support PDF or Powerpoint viewing. I’d love to see this happen with .doc or .docx files, as well as spreadsheet files, but at the moment that’s not an option.

The web clipping option opens up a browser within the App that, well, you can browse with.  If you see something you want to clip, you highlight the area and and copy. The results ends up in Noterize. You can’t annotate directly on the web clipping but you can annotate on the margins of it.

While you can use the Pen, Highlighter and Eraser tools to do your work, you can also use text. There’s a box tool that allows you to create, resize, and edit text boxes. The audio notes function allows you to record notes and if you’re recording a long session while taking text or Ink notes, the recording stops when you reach the end of a page, so that the audio is synced after a fashion with any digital or text notes you’re taking as well. The recording picks up again on the next page.

I’ve really only taken a quick look at what Noterize has to offer. As I said, the developers look like they want to create a full fledged note taking and mark up App, with similar functionality to OneNote. Don’t get me wrong, this isn’t OneNote by a long shot, and there are plenty of other PDF markup solutions available that offer more functionality. But Noterize shows some great promise for those of us who have used OneNote, and PDF Annotator on Tablet PCs and understand the power of those applications on Tablet PCs. Again, this is only from early testing, but I’d love to see the developers smooth out the Inking more, and make it possible to bring in documents beyond PDFs and Powerpoint files. This would seem to be the logical next step in my view.

I know there are quite a few Tableteers and others using iPads in ways similar to how I am doing so, and I’d love to hear from you on your thoughts on Noterize. Noterize costs $2.99. 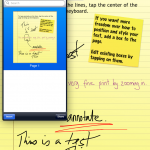 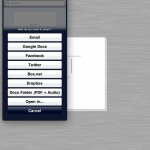 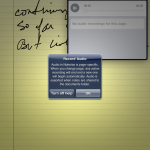 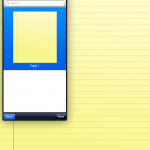 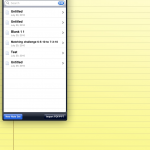 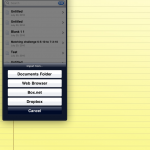 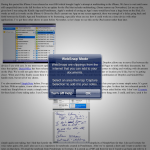 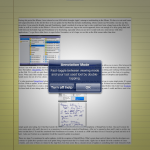 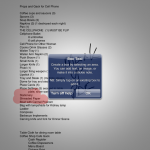 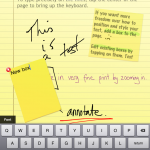 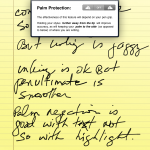