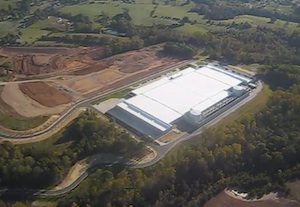 Saturday we posted about the possibility that Apple may or may not be partnering with Nuance, makers of Dragon Naturally Speaking, and well known for its voice recognition software. As we said in that post, it looked like there were quite a few reasons why this made sense and then again, might not happen.

MG Siegler is reporting at TechCrunch that it looks like some sort of relationship between Apple and Nuance will be happening with an announcement expected at WWDC. His report says that Apple will be hosting Nuance’s data for its voice recognition software at the North Carolina Data Center that everyone is so agog about. In fact it says, Apple already is doing some of that hosting. This doesn’t look like an acquisition on Apple’s part, but instead a strategic partnership between the two companies. Remember, Apple bought Siri, the company that makes a personal assistant type of software that uses Nuance’s technology for voice recognition.  And at the time of the purchase it was thought that Apple would be incorporating Siri into iOS in some fashion. It only makes sense that Apple and Nuance would have to cozy up in some fashion for Apple to reap any benefits from the Siri purchase. It is looking more and more like a WWDC announcement with a fall rollout.

Siegler has a good report on this with some interesting details that are worth checking out.