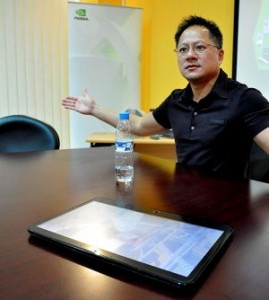 "I love Apple this much."

During a visit to the American University of Dubai, Nvidia CEO Jen-Hsun Huang raved about the awesomeness of Apple, while sitting in front of a mystery tablet device, making no statements about it whatsoever.

Logically, when one claims that all they use is Mac (“It’s just Mac, Mac, Mac!”), you’d assume the computer in front of them is a Mac. Unfortunately, the more likely explanation is not that this is the mythic Apple tablet, but rather a reference model for the tablet-style media pad NVIDIA has in the works.

That said, that media pad story too was quickly linked to Apple, and the person at the center was raving like a fanboy about Macs. If NVIDIA isn’t somehow involved with Apple’s tablet project, clearly Huang would love it if they were. And judging solely on the slickness of that tablet design, I think I’d like that too. Larger shot after the jump. 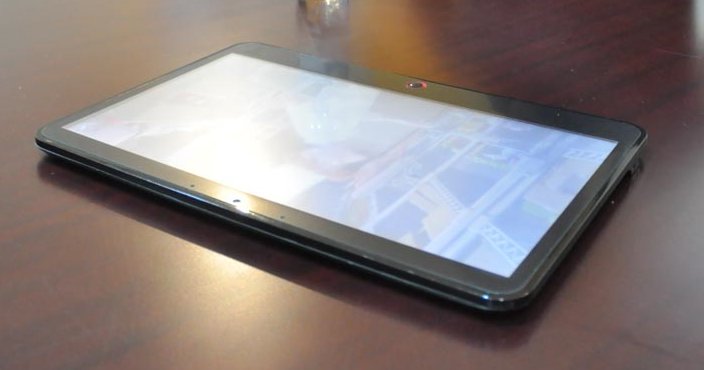