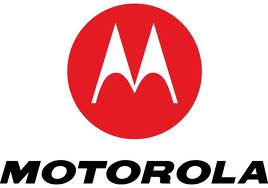 While Motorola reps had told me previously at the Verizon Wireless Motorola Droid Bionic unveiling earlier this year that the device would be utilizing a dual-core chipset solution from Texas Instruments, it turns out that information is not correct. I had caught up to both NVIDIA and Motorola at the CTIA Wireless trade show yesterday, and company representatives from Motorola had different things to say though NVIDIA was able to affirmatively confirm that the Droid Bionic would be utilizing the dual-core Tegra 2 CPU. Tegra 2, on the Bionic, would give NVIDIA a third Motorola mobile computing product to sport the company’s ARM Cortex A9 solution coupled with NVIDIA’s GeForce technology for graphics on a mobile chipset.

At CTIA, now, Motorola I spoke with Motorola’s PR reps, who say that they have “nothing to announce at this time regarding specs other than what is listed on the website,” which states that the Droid Bionic would be using a dual-core 1 GHz CPU but did not state from which vendor. When I had pushed further, stating that a company official had informed me earlier in January that it was a TI solution and that there is conflicting information on the Internet about the vendor, Motorola seems to following Apple‘s lead, stating that the company does not normally release specifics about specs.

For now, with NVIDIA’s official confirmation that the Droid Bionic will be released with Tegra 2 on-board, the experience of the handset should theoretically be very similar and comparable to the AT&T Motorola Atrix 4G, except that the Droid Bionic should perform a whole lot better utilizing Verizon’s more capable 4G LTE network rather than AT&T’s 4G HSPA+ network currently.