Nvidia is using its new Kepler GPUs to make cloud gaming faster than it was before.

Today, Nvidia announced its new GeForce Grid, a system of powerful, inexpensive servers that can make cloud gaming better. Nvidia won’t start its own cloud gaming service, but it will sell the GeForce Grid system for other companies to use. The company already has a partnership with Gaikai to show off the system.

The main difference for end users of the GeForce Grid is reduced latency. In older generations of cloud gaming systems, games had a lag time of about 280 milliseconds. That doesn’t sound like much, but it’s enough for gamers to feel like the controls on fast-paced games are laggy. GeForce Grid, however, has a lag time of about 161 milliseconds, that’s about the same amount of lag found in a typical home console connected to an HDTV. 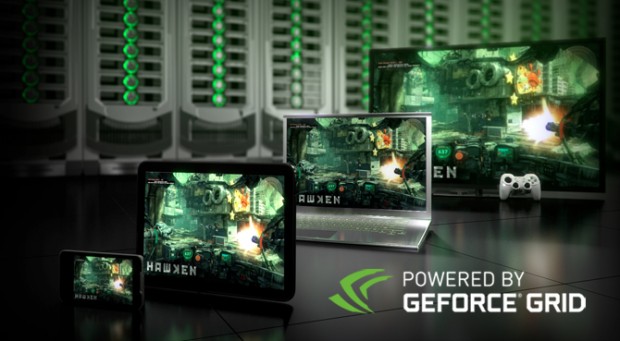 GeForce Grid cloud system also offers more powerful, less expensive servers. Each server can use up to four of the latest Kepler GPUs from Nvidia. The inexpensive servers mean companies like Gaikai and OnLive can build more data centers, which helps reduce latency even more.

We hope that GeForce Grid results in more ways to play console or PC games on our tablets and smartphones. Companies like Gaikai and OnLive still need more publisher support (and iPad apps), and maybe more data centers and faster servers can help make that happen.