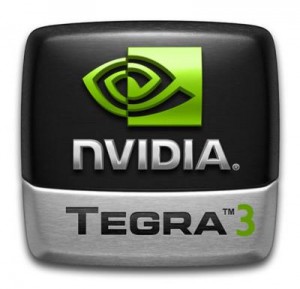 While dual-core Tegra 2 processors are only starting to roll out on popular devices today, NVIDIA is not sitting cozy. The company has an aggressive roadmap for its Tegra line of ARM-based mobile processors, and the company is looking ahead to quad-core performance by the end of this year. I caught up with NVIDIA at the Game Developers Conference in San Francisco, California last week and saw a demo of the graphics capabilities of the new Project Kal-El chip, which is rumored to be called Tegra 3 when launched. The reason that I am prefacing this to say ‘rumored’ is because NVIDIA hasn’t yet decided what the official name will be called; the company is only referring to the chip as Project Kal-El and says officially that it is part of the Tegra line of mobile CPUs.

Kal-El is expected to be the first quad-core CPU for mobile devices, like smartphones and tablets. The chips will be made utilizing a 40 nm–not the smaller 28 nm design like prior rumors–and will incoporate a 12-core GeForce graphics processor from NVIDIA, whose expertise is in the GPU business. With 4 cores for the CPU and 12 cores for the GPU, Kal-El is expected to bring 2 to 5 times the performance of today’s dual-core Tegra 2 chipsets.

Additionally, a recent article that I had read on Laptop Mag suggests that web rendering performance of Kal-El will match those of a Core 2 Duo PC processor! That’s amazing power, speed, and agility for a mobile device. Yet, despite all that horsepower, NVIDIA maintains that Kal-El will continue to be energy efficient, which is a key quality of mobile-grade components and devices. Unlike desktops, which are always plugged into an outlet, mobile devices must last at least a full working day on a single charge so there have to be a balance between power and energy use. In the past, tradeoffs were made power and battery life, but this doesn’t seem to be the case with Kal-El.

Other notable specs include ability to drive display resolutions of 2560-by-1600 pixels, meaning that Kal-El can drive full HD resolution screens. In fact, Kal-El can play videos in 1440p in demoes reported by PC Mag, which is higher than today’s 1080p displays.