With the quad-core Google Nexus 7 tablet to retail starting at just $200, chip-maker NVIDIA proves that premium hardware does not have to cost premium prices. Now, after having demonstrated that it could bring its quad-core Tegra 3 chipset to an affordable tablet market, NVIDIA is pushing into the smartphone space and is saying that its Tegra 3 Kai platform will be seen in smartphones by the end of this year. 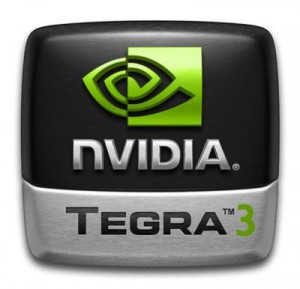 Kai is a more budget-friendly version of NVIDIA’s Tegra 3 chipset, which is described as a 4 + 1 architecture. By leveraging cheaper components, NVIDIA can still deliver plenty of processing power at a low price.

According Unwired View, the company has signed on a number of Chinese phone manufacturers to be partners with NVIDIA to bring quad-core computing power to smartphones with the Kai platform.

It’s unclear at this point what the final unsubsidized pricing of these phones will be once they hit the market.

In the U.S. segment, American smartphone consumers so far have not been able to experience quad-core power on a phone yet as high-end phones released for the U.S. market have had their quad-core chips replaced with dual-core Qualcomm Snapdragon S4 processors due to better compatibility with American carriers’ 4G networks.