The New York Post reports that NYPD has a special team devoted to stolen Apple devices because of rampant theft. Last year iOS device theft could account for the rise of major crimes in New York City, and the NYPD is doing its best to return stolen devices to their owners.

Whenever a user reports an Apple device as stolen, detectives try to obtain tracking numbers from the owner or online records. That number, the International Mobile Station Equipment Identity (also known as the IMEI), is then passed along to officers in Police Headquarters. NYPD then shares the IMEI number with Apple. 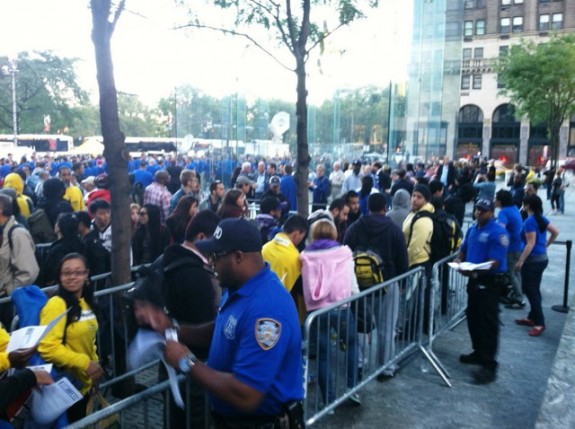 Apple can use the IMEI to pinpoint the location of the stolen iPhone. The method even works if the phone is reregistered on another network. That’s because the IMEI is unique to each phone, and doesn’t change when moved to another carrier.

Interested users can find the IMEI on their phone by dialing *#06#. On the iPhone the number will appear on screen before the user can hit “call.”

After the NYPD tracks down a device it will confiscate the phone and return it to its owner. Police may even confiscate stolen phones after the thief sells the phone to someone else.

The mobile industry will also have a unified database of smartphones and tablets to help track down devices this way by November.

New York Police also recently started a program of registering iPhones in case a thief steals them at any point. The police department had officers at Apple stores to register new iPhones when the iPhone 5 first released. New Yorkers can still register their iPhones or Android phones by going to their local precinct.

In addition to the IMEI users can help police track their iPhones by turning on Find my iPhone. The feature can broadcast the location of the iPhone and gives users some control over the stolen iPhone. With Find my iPhone users can wipe the iPhone, lock it down or send messages to it.