The OCDock (as in OCD + Dock) fits the iPhone 5 and charges the phone via a Lightning connector and cable thin enough to hide flat under the base of an Apple iMac or Thunderbolt Display. The super thin cable fits beneath the computer or display out of the user’s way in a neat-freak OCD user’s dream desktop configuration.

The makers of the OCDock ($79.99 direct) advertise themselves as the solution to the OCD neat-freak’s compulsion over unsightly wires. This iPhone 5 Lightning dock will plug into the back of an iMac or Thunderbolt Display and keep the wires out of the way. We suppose enough people agreed that this could solve the problem, because this former Kickstarter project got funded and now gets rave reviews from plenty of sites, including our own.

When you see OCDock think OCD.

We installed ours with little trouble. The dock comes with a cutout designed to fit on the thin front edge of an iMac or Thunderbolt display (see image below). The OCDock comes with a strong adhesive on the base of the unit so that the dock won’t fall over or slide off the base. In the Kickstarter video it shows a user sliding an iMac by grabbing hold of the OCDock stuck to the base of the computer. We can confirm they didn’t use smoke and mirrors. The adhesive sticks that firmly. 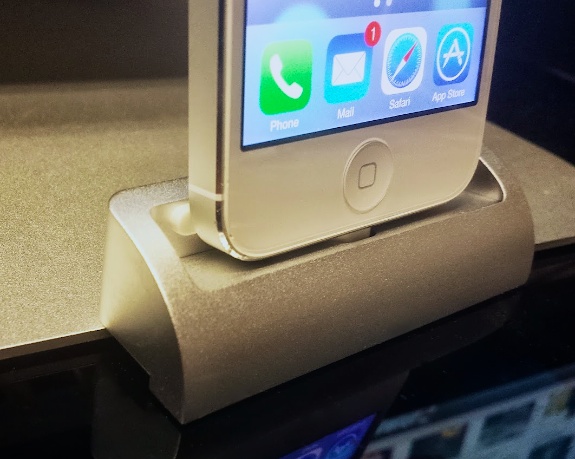 Notice the groove along the bottom allowing it to rest on the edge of the display base.

The design seems incredibly sturdy. The slab of shaped aluminum with cutouts for the phone and the charging cable on top and the groove for the Thunderbolt Display or iMac base on the bottom holds the phone perfectly. The connector fits through the base to let the user put their phone in place.

A naked iPhone fits perfectly in the dock, as it comes with a rubber back rest that fits into a cutout grove behind the Lightning connector. The box includes a pair of alternate back rests so people can use a case with their iPhone 5 and still dock it into the OCDock. After swapping out the back rest our iPhone fit perfectly even in its case. Thick cases likely won’t work, but most snap-on cases will. 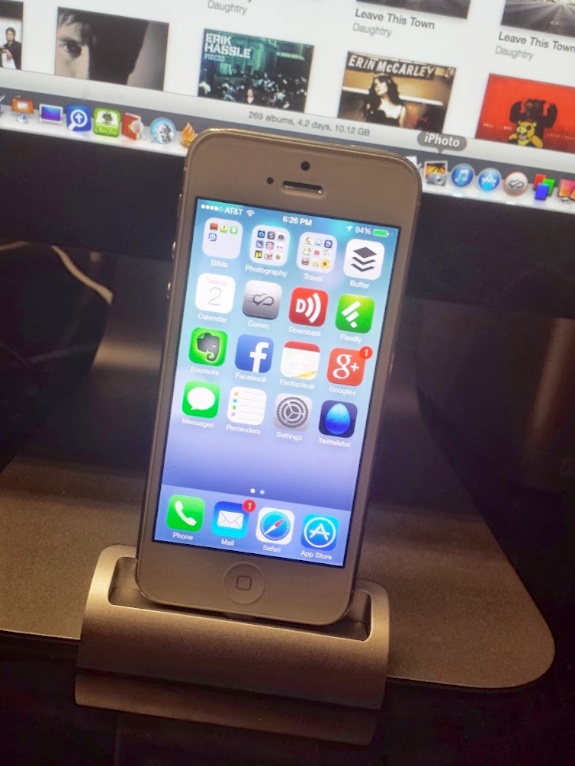 We plugged the other end of the super thin cable into the back of the Thunderbolt Display and it would not charge or sync the phone. When plugged into our USB to AC adapter that came with the phone, it works fine. It also worked fine plugged directly into the MacBook Pro or powered USB hub.

To make sure the problem didn’t lie with our display we tested other USB devices and they all worked great plugged into the display. We contacted the company and they sent us a replacement which performed the same way. After some investigation it turns out some Apple Thunderbolt Displays just don’t push enough power through some or all of the USB ports.

iMac users can use it without issue, but Thunderbolt Display owners may want to consider getting a powered hub. The dock works great, otherwise, and we recommend it despite this issue.