Microsoft is improving multitasking and video streaming in the October Xbox One Update, the latest software refresh being sent out to members of the Xbox One Preview Program.

Microsoft announced a ton of changes coming in the October Xbox One Update last night, shortly before it began sending that update out to a select group of users. Judging by the sheer number of things included on Xbox Wire’s post about the update, the user experience of the Xbox One will feel very different from what users get today.

Multitasking on the Xbox One has always been a bit of a chore. When Microsoft first showed off the console, it made a lot of noise about Snap. Simply by saying “Xbox, Snap” users are able to watch television and game at the same time or listen to music and browse the internet. Snap is and will always be a very cool and unique Xbox One feature, but it’s never really been user-friendly for those who don’t have a Kinect 2 sensor. 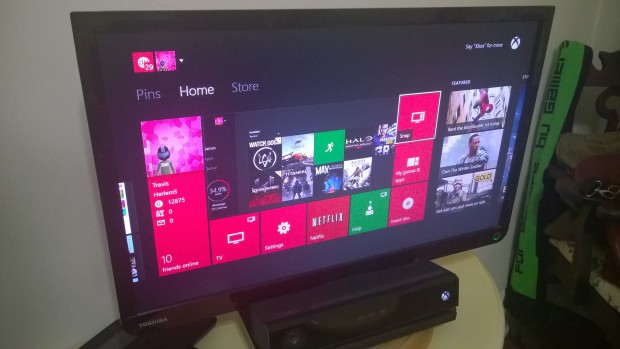 With October Xbox One Update, Microsoft is making multitasking on the Xbox One easier while fixing another huge flaw – mainly that users had to keep diving in between different apps and snapping them to the side of the screen if they wanted to read their messages and so forth. The Xbox One Update keeps the Snap multitasking menu that surfaces when users press the Xbox logo on their controller, but adds quick ways to access content in friends, Achievements, Party, Messages and GameDVR. Because each one of these apps have a new Snap view, it saves users from having to dive into the full screen versions and wasting time.

These things alone would be enough for Xbox One users to get excited about, but Microsoft is also throwing in some extras for users who do more than play games on their Xbox One. Earlier this year the company revealed that it had plans to introduce DLNA streaming so that users could watch their videos, play music, and look through their photos without connecting any wires to the console itself. With the October Xbox One Update, Microsoft is delivering on that promise just roughly a month after it was made. Media Player has been updated to support DLNA streaming from smartphones, tablets and Windows 8 machines.

For live television lovers, the OneGuide that’s used in the TV app is being updated so that it can show users what’s television shows are popular online. Support for the Xbox One Digital TV tuner accessory is also included in this update, Xbox One users in Europe will be able to use the digital TV tuner to watch broadcast television or listen to FM radio without a cable subscription. Additionally, those channels and FM radio can be streamed to a device equipped with the Xbox One SmartGlass app for smartphones and tablets. Microsoft is also adding a few random things like a new Devices & Accessories area and the ability to hide apps and games on a specific console.

As with all Xbox One updates, the October Xbox One Update is going out to members of the Xbox One Preview Program first. These users will test these new features and provide feedback to the team building the update. Once the company is satisfied with the quality of the update it’ll roll out to everyone else with an Xbox One console absolutely free of charge.