The Oculus Rift will be the first virtual reality headset to ship in quantity this year, which means it’ll be the standard bearer for everything that comes after. Should you buy one now or wait on a competitor? Here’s what you need to know about the Oculus Rift.

Virtual reality has come a long way since TV and movies popularized the term in the 80s, and arcade machines tried to make it real in the 90s – today’s offerings are high resolution devices capable of 3D, watching movies, tracking your space in the real world, and more. Additionally, high frame rate displays work to mitigate motion sickness, something that plagued previous attempts. 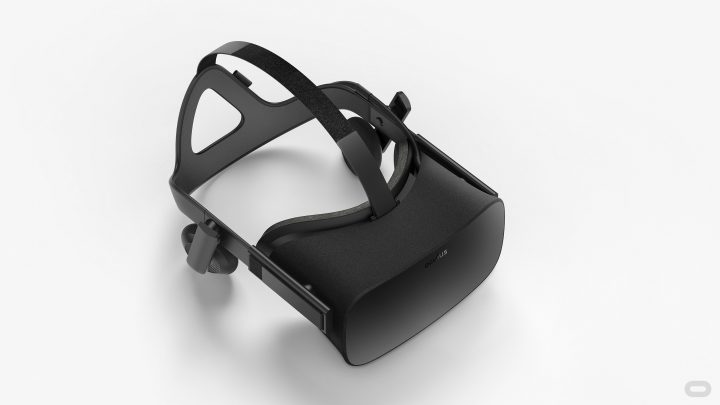 How much does the Oculus Rift cost?

Well, more than many expected – you’ll have to pony up $599 US before taxes and shipping (and duty, if you’re an international customer). The price has been the topic of substantial discourse, both from members of the media as well as upset fans of the company. While just about any first-generation VR headset will be expensive, Oculus probably does deserve a little flak for failing to adequately manage expectations.

When will the Oculus Rift be available?

Oculus has pushed the shipping date back more than once, but the wheels are in motion, and you’ll start to see headsets shipping to users starting on March 28th, 2016 – but most pre-orders won’t arrive until well into April of this year.

You can actually pre-order right now, if you want, but it’s likely that you won’t be receiving your headset until a few months after the first models start shipping (the current ship date for new pre-orders is sometime in July).

If you just can’t wait – and you aren’t willing to pay extra for the inevitable markup when customers sell their Rifts on eBay and Craigslist – you could “simply” buy one of the systems that will be sold alongside the Rift. Companies such as Dell, Dell’s subsidiary Alienware, and ASUS will be selling systems guaranteed to meet the Rift’s recommended specifications as set forth by Oculus. 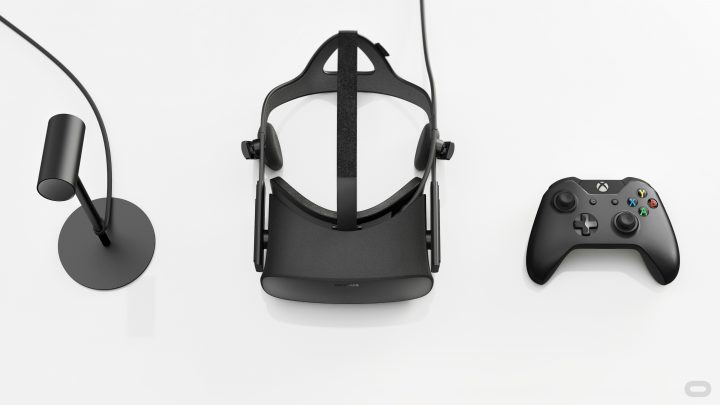 When purchased with the Rift, you can snag one of these systems for $999, which is probably a pretty good price; if you don’t already have a gaming PC, you’ll be able to get both a new PC that’s guaranteed to run the Rift, as well as a new Oculus Rift headset, for about $1600.

Should I pre-order an Oculus Rift? What do I get for pre-ordering?

Well, if you’re planning on buying one when it comes out, you lose very little by ordering one now – save, perhaps, the limited wealth one might accrue by virtue of investing $600 over the next couple of months – especially since you’ll be getting a free game out of the deal.

Everyone who buys an Oculus Rift gets the Rift headset, an Xbox One wireless controller thanks to a Microsoft partnership, and a digital copy of the video game Lucky’s Tale, a sort of third-person VR platfomer. But only customers who pre-order a Rift will also get a free copy of the space dogfighter EVE: Valkyrie, from the same makers as the insanely complicated – and popular – space game, EVE. You’ll also get the rest of the stuff you need to make the Rift work – IR sensor, cables, that sort of thing.

What are the Oculus Rift’s specs?

The headset comes with built-in audio and built-in microphones. The starring feature, however, is the system’s two head-mounted displays. Each is an OLED screen running at 1080×1200, for a combined total resolution of 2160×1200. They have a refresh rate of 90Hz, which is one and a half times faster than the vast majority of displays we use on a daily basis (most of which are limited to 60Hz). 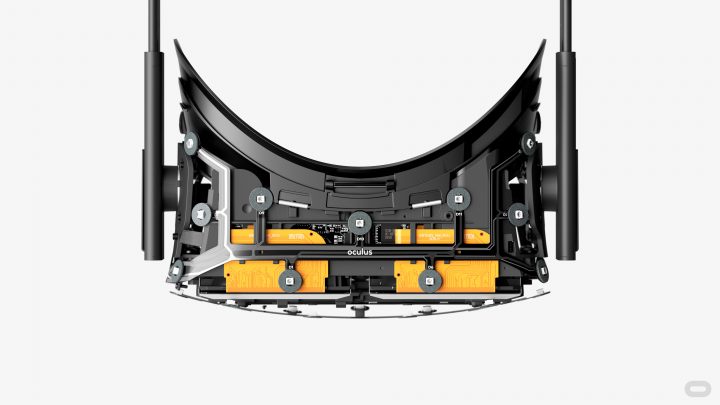 This higher refresh rate is one of the keys to making modern VR worthwhile: it helps the displays avoid lagging behind the user when performing actions like turning your head or bending down. You can expect an approximate field of view of around 110 degrees horizontally; for reference, a pair of human eyes generally sees around 180 degrees, horizontally (and my driver’s license required a minimum of 110 degrees).

A pair of lenses inside the headset help make the screen feel much larger than it actually is; it’s these lenses, in fact, that make a reasonably sized VR headset possible at all. 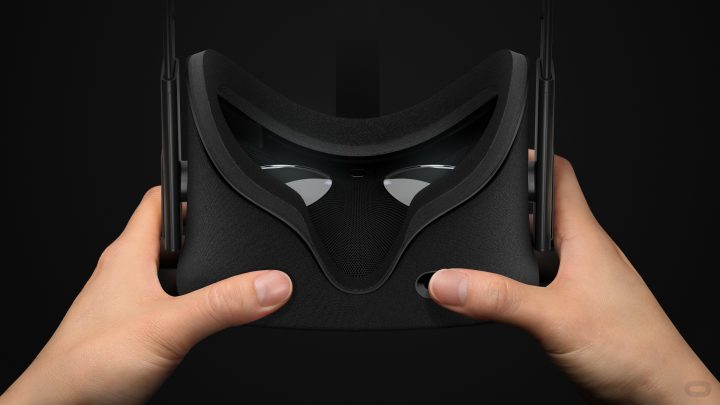 By default, you’ll be getting a Microsoft Xbox One controller in the box for navigating around your virtual worlds. Oculus plans to ship location-aware touch controllers later this year, but there’s no current estimate for availability or price.

Can my computer work with an Oculus Rift?

Maybe. You’ll need a pretty powerful desktop PC to really use the headset – remember, this uses a high-resolution, high-refresh rate display. That means a lot more data will need to be generated by the video card and sent over to the headset.

If you’re planning on using your laptop, MacBook, or iMac with the Oculus Rift, I’ve got some bad news: it almost certainly will not work. You’ll actually need a pretty recent graphics card or GPU, as well as a reasonably powerful processor, or CPU. 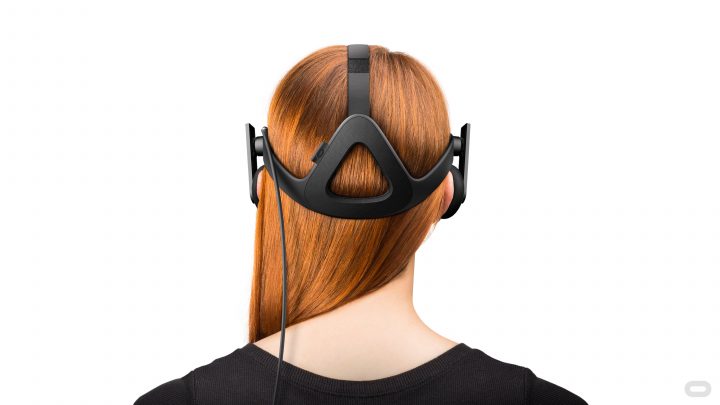 No current AMD CPU meets Oculus’ current required minimum specifications. Rather, only an Intel CPU like the i5-6400 or i5-4590 (or better!) will be guaranteed to work. For video cards, you’ll need at least an NVIDIA GTX 970 or an AMD R9 290. If you’re buying parts yourself, to build a computer, that’s a minimum of five hundred bucks, just for the CPU and GPU, so budget accordingly.

Note: Currently SLI and CrossFire, which is using multiple GPUs from NVIDIA or AMD respectively, doesn’t work with any mainstream VR headset. The two graphics card manufacturers are working on systems that can employ two GPUs by using each card to drive the display for a single eye, but it’ll be a while before we see it ship.

Will I get motion sickness when using the Oculus Rift?

Unfortunately, this is something you’ll only be able to discover once you spend some hands-on time with a production unit. If you’re one who’s normally given to motion sickness with playing 3D games, however, you’re very likely to suffer it at times when using a VR headset.

This is especially true when you disconnect movement from body motions – what I mean is that when you move your view around by using an analog stick instead of turning your head, you’re probably going to have a bad time. It’s possible that with the right sort of conte nt, and working to use your body instead of a controller to move around, that you might actually have less motion sickness in VR.

Will the Oculus Rift work with my Xbox or PlayStation?

Yes and no. It definitely won’t work with your PlayStation, but that’s because Sony is focused on creating their own virtual reality headset that will work with their console – and if you’ve already got a PS4, the Sony VR effort will probably be the most affordable way for you to experience virtual reality.

The Xbox One will have limited support. You won’t actually be able to play virtual reality games – that is, games where you feel as if you’re “in” a virtual world on the Rift from your Xbox. Instead, the two devices will support playing Xbox One games on a virtual screen inside the Rift’s display.

What games can I play on the Rift?

Well, as mentioned, you’ll be getting a couple of small-ish games that ship with the Oculus Rift: an action platformer called Lucky’s Tale, and a space sim from the developers of EVE named EVE: Valkyrie. But Oculus has been pretty smart in terms of putting out multiple generations of developer-targeted headsets, just so that there would be content for consumers to play through on shipping.

I Expect You to Die is a hilarious spy-themed puzzle game in which, well, you’re probably going to die in many and terrible ways.

All told, there are well over fifty titles that will support the Oculus Rift at launch, both in terms of existing games that will get updates to support virtual reality gameplay, or new games built around the mechanic from the start. One title that will likely garner a lot of attention is a version of Minecraft made to run on the Rift.

Is the Oculus Rift just for games?

You might think so, since that’s all you tend to hear about. The reality, however, is quite different. By far, the biggest set of non-gaming content you’ll see for the Oculus Rift are movies, which will come in a couple of different forms.

There are films being created right now that are built from the ground up to be experienced in virtual reality. That means full, 360-degree scenes where you have the ability to not just follow the action and the main characters, but to snoop around the house of the main character, say, and focus on little details that might otherwise get lost in the background. Oculus and Facebook have started a whole division that exists simply to create this sort of content for the Rift.

Another way you can experience movies on the Rift is to show traditional, pre-existing movies on a screen within the Oculus Rift’s view. The company has created an Oculus Video app that lets you watch your current video on a giant virtual movie screen; even better is that it supports 3D video. In fact, 3D video on the Rift should be superior to any 3D video on a television in your home, simply because each eye fully has its own display.

Other non-gaming content includes educational opportunities like a project to teach about the Apollo 11 lunar mission, or exploring major Earth landmarks like the Roman Colosseum or the Grand Canyon. There are also some interesting apps that let you draw and sculpt in midair, in 3D, in virtual reality (that’s a lot of buzzwords) – which will probably be fun for anyone regardless of their artistic talent.