Facebook acquired virtual reality headset maker Oculus earlier this week for a cool $2 billion. This is Facebook’s third high-profile acquisition in recent history, with Instagram and WhatsApp being the other two.

Most hardcore gamers and developers know what the Oculus Rift virtual reality headset is all about, but for regular users who browse Facebook every day, they’re probably wondering what in the world the social networking site just bought.

Of course, we don’t blame them, considering that the Rift is a very niche product targeted at a very limited audience for now, but it seems Facebook’s acquisition might broaden the market for the virtual reality headset, and Facebook wants to take the Rift to levels beyond gaming. 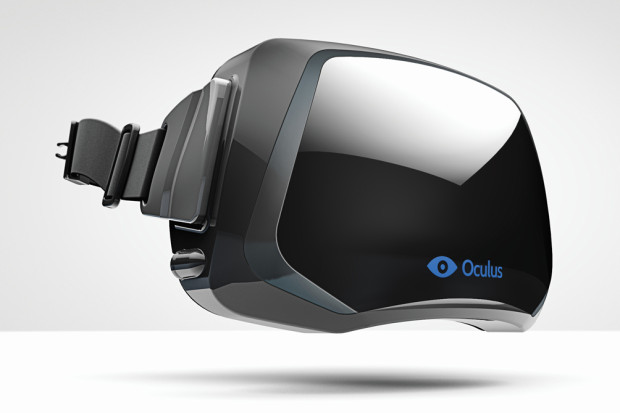 If you’re curious what the Oculus Rift is, read on to learn all about it and what it means for you and the future of Facebook.

What is Oculus Rift?

In the simplest of terms, the Oculus Rift is essentially a pair of goggles that you wear over your eyes that displays a screen, and it’s made by the company Oculus. The headset detects the motions of your head, so when you look to the left, the environment shown on the screen will turn to the left as well. This is called virtual reality.

The Oculus Rift originally started out as a Kickstarter campaign in an effort to raise money to make developer kits of the headset. The company originally wanted to raise $250,000, but it quickly became a hit and actually raised over $2.4 million over the course of a month.

The Oculus Rift was also one of the most popular products at CES 2013 after its massive success on Kickstarter, and gaming developers across the world quickly jumped on board with the intention to make all sorts of games for the Oculus Rift, including Markus Persson, the creator of Minecraft. Even world-renowned game developer and programmer John Carmack quit the gaming studio he co-founded in order to join the Oculus team. Carmack is best known as the creator of the popular Doom series, as well as Wolfenstein 3D and Quake.

What Can You Do with Oculus Rift?

As it stands right now, the Oculus Rift is mostly seen as a gaming accessory, allowing you to play first-person titles as if you were actually the character in its virtual world. However, the idea of bringing the Rift into markets beyond gaming have been pondered over the last few months, and it seems Facebook is finally going to make it happen.

For instance, the military has already been testing out the Oculus Rift to eventually be used for training purposes, which means soldiers can go through training sessions in a virtual world as if they were actually there. Furthermore, the Oculus Rift is being pondered in other, less intense fashions, such as the ability to view panoramic photos with the headset or even panoramic video.

Can You Buy Oculus Rift?

Unfortunately, there’s still no official release timeline for the final version of the headset, but the next prototype will be out later this summer.

No one really knows why Facebook bought Oculus, except for Facebook. The social network has always bought software companies in the past, but Oculus is a hardware company that makes virtual reality headsets, which is pretty much the complete opposite of what Facebook does.

In any case, Facebook CEO Mark Zuckerberg says that the acquisition will help the company “enable even more useful, entertaining and personal experiences” — whatever that means, but Zuckerberg gives examples of what the headset could potentially be used for in the future, like “enjoying a court side seat at a game, studying in a classroom of students and teachers all over the world or consulting with a doctor face-to-face — just by putting on goggles in your home.”

Essentially, Facebook thinks that this is a new way to share experiences with friends, which is one of the big things that Facebook is all about anyway. Zuckerberg says that the Oculus Rift “is really a new communication platform. By feeling truly present, you can share unbounded spaces and experiences with the people in your life. Imagine sharing not just moments with your friends online, but entire experiences and adventures.”

If after reading this, you’re still confused as to why Facebook bought Oculus, you’re not alone, but this simply just means we’ll have to wait and see what the social network’s purpose is behind the acquisition.

What Will the Future Hold for Oculus Rift?

Facebook says that Oculus will still be an independent operation, and any plans that Oculus has had will still be a go, with a focus on gaming as the forefront. However, the social network plans to build out the roadmap for the virtual reality headset and take it beyond just gaming.

Facebook’s intervention, though, has upset many developers who had previously backed the Oculus Rift, and the creator of Minecraft immediately canceled a deal he was in the middle of making to bring the popular game to the virtual reality headset. Many other developers have felt the same way, so it’s possible that the Facebook acquisition could have a negative long-term effect on virtual reality gaming.

One of the key components of the acquisition, however, is that Oculus now has more resources to grow even bigger than they would have if they weren’t bought out. Most likely, Facebook’s popularity and financial status will allow Oculus to quickly grow into a mainstream product, but we’ll ultimately have to wait and see, as the acquisition is only a few days old.