Office for iPhone Now in the App Store, With a Catch

Users of Apple’s iPhone and iPod Touch will now have another choice for managing documents: Microsoft Office.

Office Mobile for iPhone, which is now on iTunes for download, will not only let users view documents as had been rumored, but will lets users edit them inside the application too. Though, there is a small catch.

Instead of charging a nominal fee or an ad supported version of Office for iPhone like many other developers do with their apps, Microsoft will require an Office 365 subscription for Office on iPhone to function. Once logged in, the application will give the user the ability to pull down any of the Word, PowerPoint and Excel documents that they’ve already created on the service. Users will also be able to create new documents, spreadsheets and presentations from their device and have Office for iPhone sync it back to its cloud storage for use on other versions of Office. 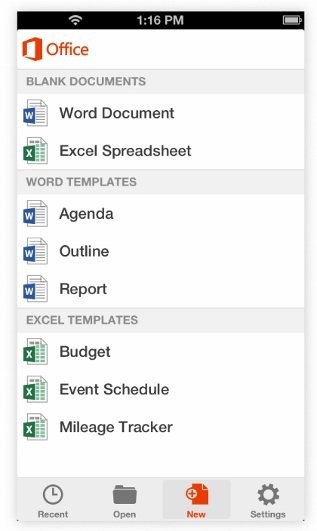 It remains to be seen if Microsoft’s native iPhone version of office will do much to change the equation for users on that side of the mobile world. Office for iPhone comes six years after Apple first revealed the iPhone. In that time Apple has made its own word processing, presentation and spreadsheet tools available to users. Numbers for iOS, Keynote for iOS and Pages for iOS all cost $9.99 each and don’t require the use of a subscription service.

By comparison, a subscription to Office 365 costs users $99.99 per year or can be paid in $9.99 monthly increments. While Apple does force users to pay for its productivity suite again if they wish to use it on their Mac OS desktop or laptop, Microsoft throws in a five downloads of its traditional office suite for that price whether the user is on Mac OS or Windows. However, the user would have to pay for as long as they intended to use the service, otherwise of their Office applications would stop working.

According to The Verge, Microsoft has no plans to offer compatibility with Apple’s iPad as it already makes the Office Web Apps available to users in a web browser for free. The company already offers a mobile version of Office to Windows Phone users free of charge.