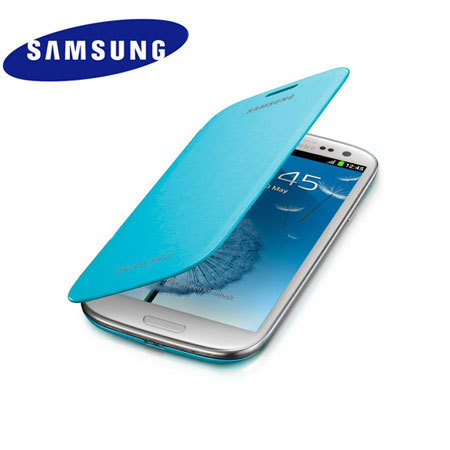 Expect to see a Samsung Galaxy S4 flip cover case, similar to this one. 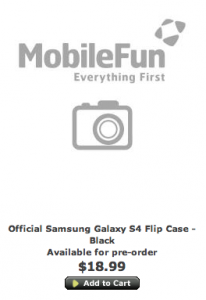 The company believes the official Samsung Galaxy S4 cases will arrive in the following colors.

Similar color options are available for the Samsung Galaxy S3, so it’s possible MobileFun is guessing, and does not have any inside information.

The Samsung Galaxy S4 design remains mostly a mystery, but Samsung did share a quick look with a Galaxy S4 teaser image at the start of this week. These cases do match up with the curves better than the last two sets of claimed Galaxy S4 cases, but the photos are not detailed enough to tell if it would be a perfect fit.

These Samsung Galaxy S4 cases, feature a camera opening with a flash below the camera, like we saw on the leaked photos and video. The speaker opening is also relocated to the bottom left of the back. There are openings for a Micro USB charger at the base and a headphone jack at the top. The power button is reportedly on the right and the volume rocker on the left. 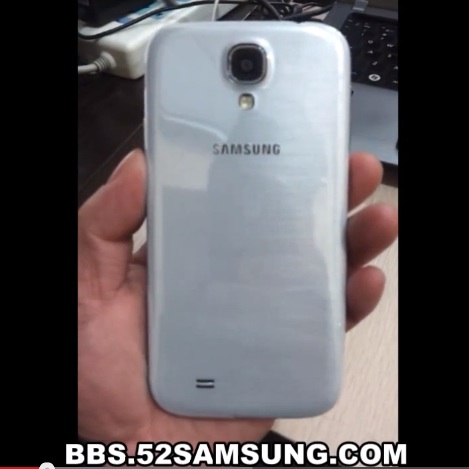 The back of the alleged Samsung Galaxy S4 in the video looks more plausible than those in photos from earlier this week.

Case manufacturers typically produce cases ahead of an actual release in hopes of having cases ready at retail when the device hits store shelves. This means that sometimes cases are made with bad information, like the Samsung Galaxy S4 cases we ordered, one of which fits the Samsung Galaxy Note 2.

The Samsung Galaxy S4 reportedly features a 4.99-inch 1080P HD display, a quad-core processor and a plastic design complete with a removable battery. Rumors point to the Samsung Galaxy S4 arriving with a host of software features like Smart scroll, which would allow a user to scroll the screen with their eyes and motions.