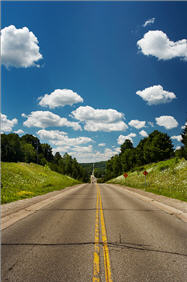 I’m pleased to say that the devices and gadgets I took to CES 2008 (and the annual family pilgrimage to Chicago and Wisconsin) worked well for the demands (both work and fun) that I placed on them. That said, some things worked better for me than others. For a look at the mobile kit I carried check out this post. (Some links below are affiliate links.)

Lenovo ThinkPad X61 Tablet PC: My old standby served me very well during the entire three weeks. Whether I was blogging, doing a little work, answering email, or what have you, it worked like a charm. Producing video on the fly (and we cranked out a lot) was a breeze using the ThinkPad.

The Sprint (HTC) Mogul: In many ways this was my go to device on this trip. Whether checking my feeds using Google Reader, checking email, or tethering it up to the Lenovo ThinkPad X61 for broadband coverage it served well. It also worked well as a phone.

After the recent ROM update the battery life on the Mogul was exceptional. With heavy usage all day, I did not have to pull out the extra battery once.

iPod Touch: This was an early Christmas present and in many ways I was getting to know it during the trip. When WiFi was available and accessible (not always the same thing-more on that later) it was a joy to catch up on feeds and my Gmail using this device. I’ve resisted buying an iPhone simply because the AT&T service is so poor where I live, but I’ve got to say that after using the iPod Touch for a few weeks, I can really see the allure and value that an iPhone has. Sure, I can get most of that functionality with the Mogul, but the Touch/iphone interface is a joy to use. In addition to Internet activity, the iPod Touch performed very well as a media player. I had ripped a few DVDs down and carried them along and was able to watch a move and listen to a few podcasts on the flight from Chicago to Vegas without a hitch.

Canon Powershot SD1000 Digital Camera: No issues here at all, except my sometimes lousy photography skills. Great, small camera and you can get them cheap right now. 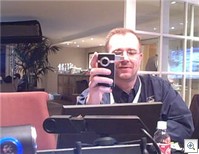 Flip Video Ultra: A joy to use. It was a key device for all of us and allowed us to be quite agile in our video coverage. I realize that sometimes the small handheld camera led to shaky video, but all in all I think the trade off with ease of use was worth it. Although it wasn’t perfect, we were all surprised how well the audio worked in very loud environments.

Capturx Digital Pen and Paper: This came in handy one day as a great backup solution. Here’s the story. I headed to the Convention Center early to meet Sierra. Went up to the press room to check a few things. Sequentially, every device I tried to use that morning failed, which I attribute to all the radio waves bouncing around a very busy press room. I couldn’t pair the X61 up via BlueTooth or USB to sync. The Mogul kept trying to find a WiFi signal, even after a soft reset, and with the button WiFi button assuredly turned off. I as attempting to sync my OneNote Mobile files between the two devices when all of this occurred. I whipped out the Capturx Notebook and Pen, quickly scribbled the schedule I already had made in OneNote in the notebook, and was off for the day, having the notebook instead of my Mogul as my schedule guide. I attribute the problems that morning to some sort of weird wireless anomaly, as it never happened again. The moral of the story, always have a backup plan handy when you’re doing this kind of work. You never know what the electromagnetic and radio wave gods will throw at you. 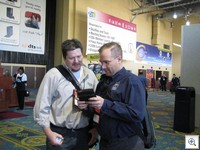 The OQO Model 02: I don’t want to make it sound like this is negative at all but more an assessment of how a particular device works for a particular user, in this case me. The OQO did everything I asked it to do and then some. It was great to have on the CES floor to get something done right away without having to pull out my X61. The WWAN also made it a great Stall Surfing device when WiFi wasn’t available or accessible. In order to really maximize the usage of the OQO Model 02 though, I think I needed much more time to get used to the keyboard. Don’t get me wrong. I love OQO’s design and concept for a small device keyboard. In my opinion it is the best keyboard solution out there. It works and I get it. But I did not have enough time to really adjust my brain to how it worked in order to fully take advantage of it. While I can walk and chew gum at the same time, I’m not as facile as Rob, able to walk and type at the same time. His skill at this amazes me. I’ll miss the OQO Model 02.

Connectivity: OK, let’s get real here about broadband connectivity. We need more than a little truth in advertising when it comes to ““WiFi Available,Ã¢â‚¬Â free or not. It is one thing to charge $12.95 a day per computer in a hotel like the Luxor in a money hungry town like Las Vegas. On some level I can accept that kind of greed and short sightedness. It is a far different thing to say you have WiFi Access available when you are going to put up so many firewalls and block so many ports that the usage that users are accustomed to just doesn’t work. I understand the need for those kind of protections, but on the pretty log-in screens at least state the truth here.

Point Two on connectivity. I’m glad to see, at least for the moment, that WiMax is still moving forward, although I don’t think we’ve heard the end of that story. It offers great promise of wider coverage with a different technology than we have now. But, if nothing else, my experiences in metro Chicago, as well as in Las Vegas chock-a-block with folks sucking every E, V, D, and O, out of EVDO makes me skeptical that any over the air broadband coverage solution is going to be truly sufficient in any heavily populated area. Especially when everyone is trying to stream video up or down. Is it any wonder that Time Warner is ““testingÃ¢â‚¬Â a tiered plan to charge by the byte on their cable service? Don’t think that will stop with the Cable Companies. I happen to agree with Om Malik, the Achilles Heel of broadband access is video. And just think, HD video over the pipes hasn’t really gotten started yet. USB Modem, tethering a phone, WWAN connection, the user solution doesn’t matter. If the pipes aren’t big enough you’ve got a problem. (How the BlogHaus managed to have such great bandwidth is beyond me. Simply amazing.) 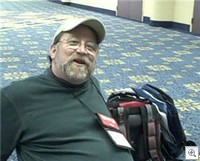 Ultra Light or Ultra Productive?: Rob and I had fun making this video about lugging large bags versus being ultra mobile at CES. I’ll admit it. I’m both a packrat and paranoid that something will fail when I need it most. I remember distinctly serveral times at the BlogHaus hearing one blogger or the other cursing or regretting the fact that they left some accessory or device back at their hotel. In retrospect, I could have spent my days on the floor of CES with just what I packed in my fanny pack. But, I have to admit, I was able to be exceptionally productive at the BlogHaus and in our hotel room with the rest of my gear close at hand.

Firefox: I use Firefox as my primary browser. I haven’t installed the beta of 3.0 yet, largely because I was heading out of town on this trip. Don’t install Betas or Updates while you are On The Road and need to get work done. But I sure hope that 3.0 solves some of the issues I experienced with FireFox while on the road. For a browser that used to proudly tout its superiority over IE, it sure has become a hog on resources, and I don’t run that many extensions.

Apps That Like To Connect Over the Internet: I’m sensing what I see as a possible disturbing trend. The more we buy into the always connected lifestyel these days, the more apps we have that love to connect up to the their respective mother ships when they open. One of the culprits is Windows Live Writer, the blogging tool we use all the time at GBM. If I was in an area with a weak signal, WLW would slow my device to a crawl on startup. I noticed this anecdotally but the moment a strong signal was available the problems would not disappear. My advice to developers: either look for a connection early on in your app’s start up and quickly move on if the user isn’t connected, or stop phoning home until a connection is required by user action.

I enjoyed watching and learning from James Kendrick, Thoughtfix, and Robert Scoble, and for that matter, our own Matt Faulkner, as they snapped pictures and/or streamed video directly to the web. I imagine next year’s CES will see lots more of that happening.